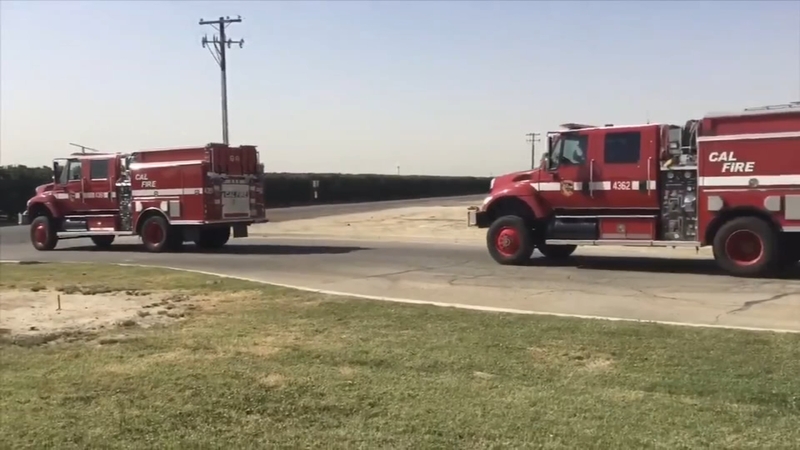 FRESNO, Calif. (KFSN) -- At least 27 Fresno County firefighters are in southern California, and at least a dozen from Fresno Fire are down there as well to help battle wildfires plaguing the region.

There's nearly a dozen fires scorching the southern part of the state, including the Getty Fire in Los Angeles county and the Easy Fire near Simi Valley.

Thousands of people were forced to leave their homes as firefighters raced toward the fire lines in hopes of containing the flames.

Battalion Chief Seth Brown with Cal Fire says they have more than 50 personnel total assisting in fires both in Southern California, and near Wine Country where the Kincade Fire has burned over 70,000 acres and destroyed more than 200 structures.

Brown says despite the change in staffing, crews are constantly monitoring wildfire prone areas with camera.

He also says they're ready to respond in case there's an emergency closer to home.

Fresno city fire crews are expected to head to the fire lines early Thursday morning, and hope they can help put a stop to the growing blaze.