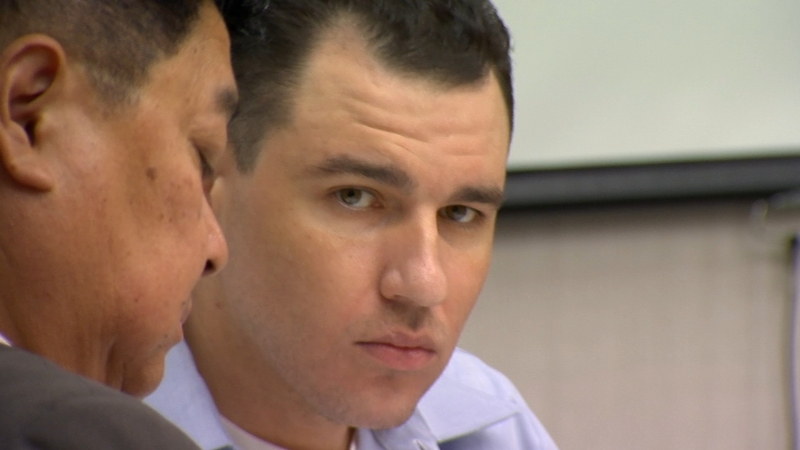 FRESNO, Calif. (KFSN) -- The homicide of a man, who prosecutors say was shot execution-style by his friend, may have been over a woman.

21-year-old Steven Robinson was killed and deputies say taken to a grape vineyard where he was pulled out of the car and dragged. Nearby workers discovered the body shortly after.

'Brian Smith seemed more attentive Monday, as the detective who first talked to the victim's girlfriend described how the interview first began.

"At first she was not being truthful with me. At first, she had this hard shell, she even expressed that she didn't like police or she didn't like talking to police," said homicide detective Jose Mora.

But her attitude and description of details suddenly changed when Fresno County sheriff's detectives told her Robinson was found dead.

"She got really emotional and she was upset and then she wanted to tell us the truth," Mora said.

But the biggest revelation was what the victim's teenage girlfriend told detectives about what Robinson was worried about before he was killed. She said another friend has warned him about Smith and his intentions.

"He told him that Brian was going to look for him and kill him or something. He's not going to kill you and I didn't believe him. I thought he was lying," the teen said to police in a recording played to the court.

Earlier in the day, employees of two Parlier businesses also took the stand to tell jurors about still pictures captured by cameras that overlook an alleyway and street.

"Right there we are right in front of J Street right there," the employee said.

The victim's girlfriend also told investigators she was concerned by the six-year age difference between her and Robinson. She also said that Brian Smith liked her in a romantic way and may have been jealous.