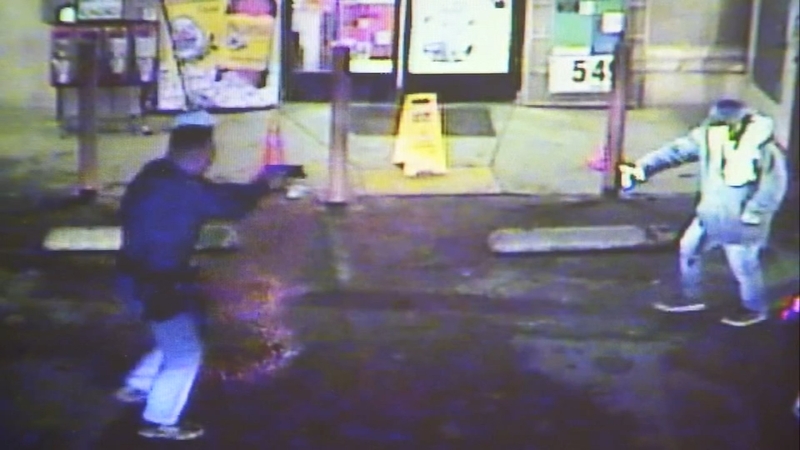 "As they pull into the lot they find two men fighting with each other, officers jumped out of their car, began to separate these guys," Fresno County Sheriff's spokesman Tony Botti explained. "One of the guys complied, he was taken off to the side, the other guy was not cooperating with the officer. The officer ultimately shot him, he dropped to the ground and ultimately died at the scene."

The dead man is identified as 59-year-old Esteban Martinez. Police say he was armed with a weapon. The surveillance video shows him coming toward the officer before he is shot. It's not clear what kind of weapon he had.

"We are not getting into the specifics right now but it's fair to say he was armed with a deadly weapon," Botti said.

The Huron police officer has been placed on administrative leave.

The Sheriffs Department is handling the investigation. They are asking the public for help in finding the dead man's family.

Store employees at Jet Stop tell Action News he was homeless and slept near the store, often helping workers empty the trash. The man he was fighting with has not been charged.

"We know these guys knew each other, might not have been the best of friends but they hung out once in a while," Botti said. "So it wasn't just some random squabble that popped up in front of the gas station."