The backlog of sentenced inmates is one of the reasons often cited for overcrowding, forcing the local zero-dollar bail policy, and blamed for an uptick in local violence.
KFSN
By Corin Hoggard 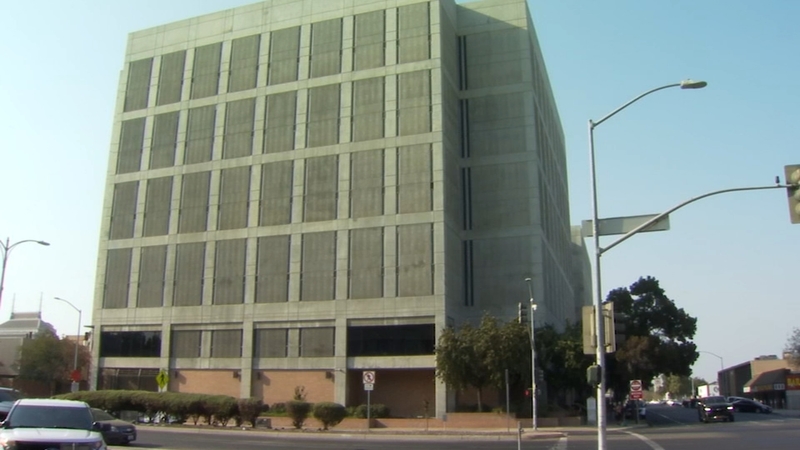 FRESNO, Calif. (KFSN) -- The Fresno County jail is starting to unclog a backup of inmates who were sentenced to prison, but have been stuck in the jail because of coronavirus issues.

The backlog of sentenced inmates is one of the reasons often cited for overcrowding, forcing the local $0-bail policy, and blamed for an uptick in local violence.

A jury found former Fresno Unified bus driver Jeffrey Sipes guilty of sex crimes in February after a delay caused by a mumps quarantine at the Fresno County jail.

Back then, the jail had 60 or more inmates who couldn't be sent to state prison because of the mumps quarantine, and by the time that ended, the coronavirus had arrived.

The jail had a brief chance to send already-sentenced inmates to prison in May, but after sending 13 COVID-positive inmates, the sheriff's office discovered a major outbreak and the California Department of Corrections wouldn't take any more from them or anyone else.

"Everybody is trying to do the best they can under the circumstances - including CDCR," said Kings County Sheriff David Robinson.

Coronavirus quarantines delayed punishment for Sipes until July when a judge sentenced him to more than 24 years in prison.

But like about 300 other Fresno County inmates who should've gone to prison, he's lingered in the jail.

Meanwhile, the county instituted a $0-bail policy to alleviate overcrowding and local law enforcement partly blamed the prison backlog for contributing to a local crime surge.

"It's not like they're opening the back doors. They're doing that too, but when they shut the front doors, that really impacts the jail," says Fresno County Sheriff Margaret Mims.

Says Fresno County DA Lisa Smittcamp:
"The importance of having availability of jail beds is to once again keep the most serious criminals in the beds that we have. And there are a lot of things that go on as far as classification of inmates and quarantines and things like that preventing us from using every bed in the jail."

The Fresno County jail generally leaves about 800 beds empty these days - 25 % or so - while Kings County has 11% empty.

But with no coronavirus spread among inmates, Kings County was near the top of the list when CDCR started taking prisoners again two months ago under much stricter COVID protocols.

"There's a pretty strict protocol that CDCR has implemented on sending inmates as far as COVID testing, when the test takes place, what type of mask they have to wear when they're received at the reception center," said Kings County Sheriff David Robinson.