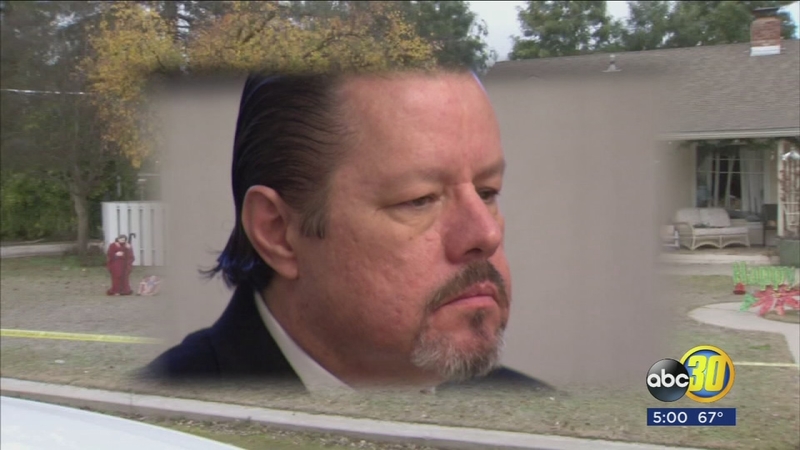 FRESNO, Calif. (KFSN) -- A Sunnyside man is headed to prison for killing his fiancée without forgiveness and, in the judge's eyes, without remorse.

Stanley Pipes called his comments Monday a "statement of contrition", but even Judge Jonathan Conklin said it didn't sound like the man was at all remorseful.

And Pipes now heads to prison with echoes of anger from his victim's family.

He had one last chance Monday to try and make amends for murdering Kristie Claassen in Dec. 2015, and he spent a few minutes highlighting her virtues.

"I loved her so and I still love her as strange as that may sound to some," Pipes said as part of his 25-minute statement. "But there was, in fact, a tarnished flip side to this very shiny coin."

The other side of the coin, to Pipes, was the woman he murdered -- the woman he says plotted to destroy him and his family.

He admitted he had no right to kill her and said since his arrest, he's re-found his faith and feels both God and Claassen have forgiven him.

He asked the same of her family, but they were not receptive.

"The crime that was perpetrated against my sister by the defendant Stanley Pipes was a brutally heinous and cowardly act of violence," said Claassen's sister, Susan Hansen.

Hansen remembered her sister as a beautiful, artistic, and creative woman who loved the holidays and decorated her home for all of them.

But her violent death deprived Hansen of a final chance to see Claassen. She's left with just ashes and the haunting image of pipes shooting her from behind, then choosing to keep shooting.

"As Kris laid on the floor, gasping for breath, he finished what he had started by unloading his .357 Magnum, at point-blank range, into my sister's face and chest," she said.

Pipes turns 57 years old the day after the hearing in which he received his punishment.