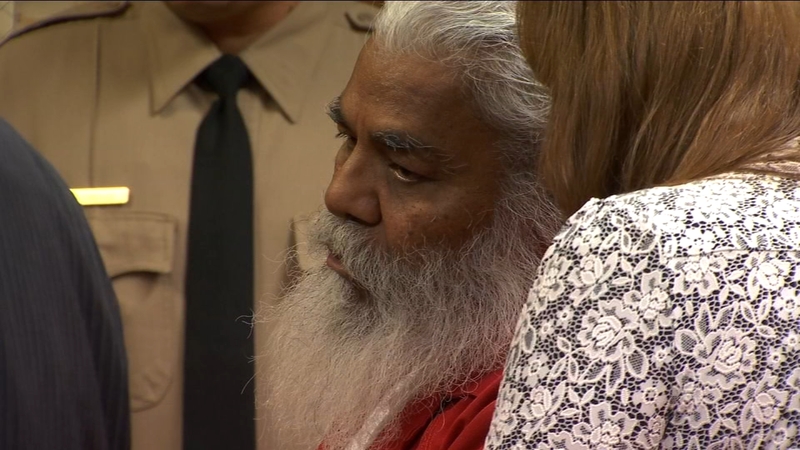 FRESNO, Calif. (KFSN) -- The Fresno County District Attorney's Office may press for the death penalty in the case against a Fresno man accused of killing the parents of his daughter-in-law.

The suspect, 65-year-old Darshan Dhanjan, appeared in court Wednesday first entering a plea of not guilty which was later changed after his attorney declared his client mentally incompetent. He's facing murder charges after police say he killed two people-- all of it was caught on surveillance video inside of the home.

The attack happened Sunday morning inside of a Southeast Fresno home. According to investigators the suspect and the two victims were watching TV. All of a sudden they said Dhanjan pulled out a gun and within seconds, shot the husband and wife in the head killing them.

Police said he also threatened his daughter-in-law with the gun, but she ran upstairs and called 911. Dhanjan then called his wife and told her what happened-- she also alerted authorities.

Prosecutors think this was all a result of a family disagreement over living arrangements.

Fresno Police Chief Jerry Dyer said, "What we have been able to surmise at this point is that there was a feud, an ongoing argument inside of the home, and part of that may have been the victims who were shot and killed yesterday had overstayed their welcome at the house."

Police say, Dhanjan wanted them to leave. The victims and suspect lived together for about six months with Dhanjan's son and daughter-in-law. The victims were both immigrants from India and had just received their green cards last Friday.

Criminal proceedings have been suspended due to his attorney declaring him mentally incompetent. His bail set at over $3-million.