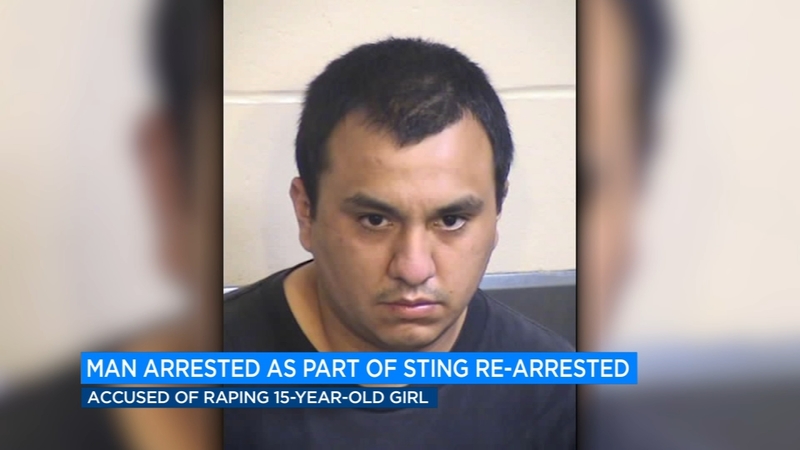 FRESNO, Calif. (KFSN) -- A man arrested as part of a child predator sting in late-July is back in jail for allegedly raping a 15-year-old girl in Fresno County.

Fresno County sheriff's detectives arrested Christopher Contreras, 26, along with 33 other men during an undercover operation a couple of months ago.

Sheriff's officials said Contreras spent less than a day in jail before being released after posting $1,000 bail.

Investigators searched through Contreras's computer and photo to see if there are possibly more victims.