Four people are dead after a collision in Fresno County

Four of the passengers who are still being identified died at the scene and none of them were wearing seatbelts.
KFSN 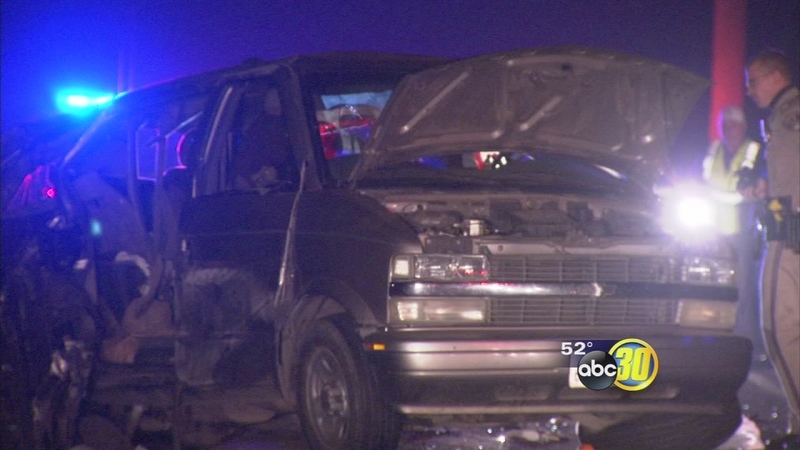 Four people are dead after a collision in Fresno County

FRESNO, Calif. (KFSN) -- Four people are dead after a collision involving a big rig and a minivan near Orange Cove. The accident happened just after 6:00pm Friday at the intersection of American and Navalencia.

The semi-truck is hardly damaged compared to the crumpled mini-van it collided with. The 8 person mini-van was carrying 9 people -- all of whom were going home after working in nearby orange fields.

"It looks as though the driver of the minivan was passing the big rig it came into contact the minivan being the smaller of the two vehicles took the brunt. And basically overturned," said Sgt. Ed Jacobs of the California Highway Patrol.

Four of the passengers who are still being identified died at the scene and none of them were wearing seatbelts. The five other passengers, had minor injuries and the driver of the big rig, wasn't hurt. All of the people who survived were wearing their seatbelts.

Drugs and alcohol weren't a factor in this collision, according to initial reports from investigators. But at this point they don't know who is at fault.

"We have to really make sure due to the severity of this that we do a lot of questioning involving everyone involved. There were nine people in the mini-van so we have to talk to each one of those, the driver of the big rig and any witnesses we can find," said Sgt. Jacobs.