New industrial park could be coming to Fresno County 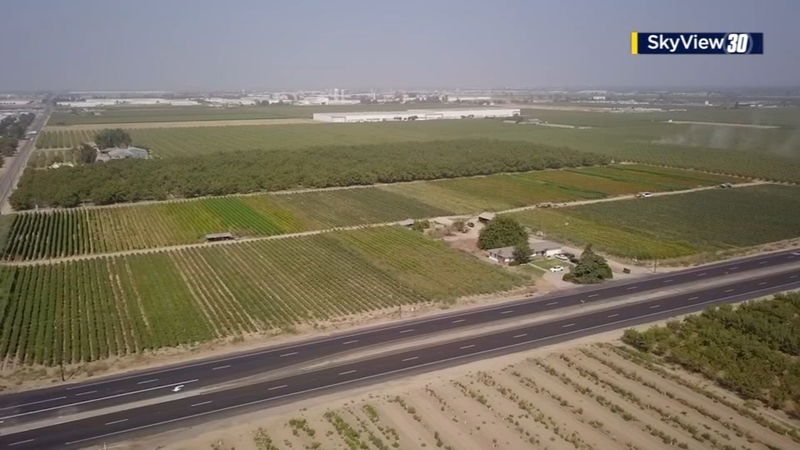 New industrial park could be coming to Fresno County

FRESNO, Calif. (KFSN) -- A new industrial park in Fresno County could be in the works to help meet the demands of a changing business landscape.

County supervisors voted unanimously to approve a feasibility study to assess the possibility of turning 2,940 acres into an industrial park.

Agricultural acreage makes up a large portion of the land being reviewed.

The head of the Economic Development Corporation said hundreds of businesses have been turned away by Fresno County over the past five years because it didn't have any available warehouse space.

Economic Development Corporation CEO Lee Ann Eager explained, "Businesses that are coming in from around the state, around the country and around the world are looking at that 99 corridor and we had nothing."

Amazon has established a fulfillment center in Fresno.

Supporters of the new industrial zoning plan said many more companies want to move here and tap into the Valley's available workforce.

Developer Leland Parnagian said, "The US is really undergoing a shift in how people buy things from in-store to online and that's really driving changes in employment around the country."

Several farms and businesses which probably have no plans to move or sell were part of the impacted area.

At this time, the county has only approved an opportunity to assess the area, study the impact to water and sewer systems and what road improvements might be needed.

Board Chairman Steve Brandau admitted, "I'm sure in that study there will be things I don't want to hear."

But Brandau believed it was time to set aside more land for industrial use.

He said, "I've just been appalled over and over again at the number of jobs and businesses that our community has lost to other regions, other cities in California."