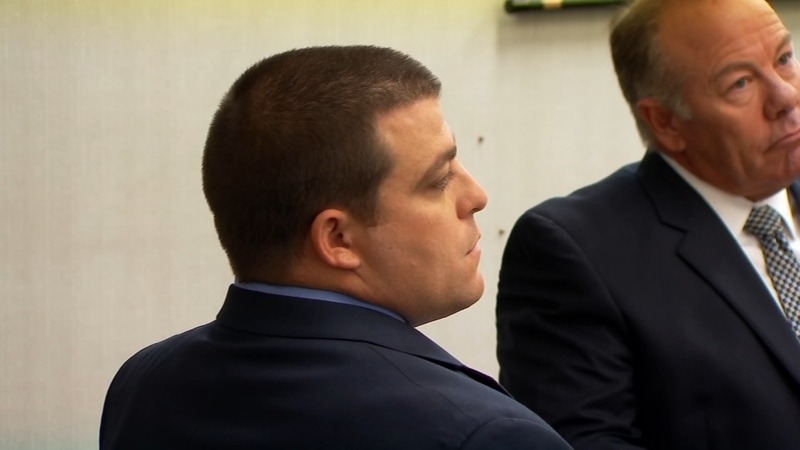 FRESNO, Calif. (KFSN) -- Fresno County prosecutors are preparing for trial against a sheriff's deputy accused of manslaughter for the accidental shooting death of his sergeant.

Jared Mullis is accused of negligence in allowing the gun to go off and his trial is set to start this week.

The question hanging over Mullis' head for three years now is 'Did Rod Lucas die because of his negligence?'.

Nobody is saying Mullis meant to kill the sergeant, but prosecutors say the evidence points to his gun accidentally going off and killing Lucas.

Another detective described a gun handoff between the two law enforcement officers, and prosecutors say Mullis should've known better than to point a fully loaded firearm at anyone.

"But you're also going to have defense witnesses, I'm sure, law enforcement personnel are going to say that's not unusual, that it happens all the time," said legal analyst Ralph Torres.

Torres says if the gun was holstered, the handoff could still be consistent with gun safety training.

Mullis intends to testify during his trial to tell his version of what happened.

Prosecutors say he's already given two versions: one where the gun dropped as he handed it to Lucas and it went off, the other where it went off in Lucas's hands.

State Department of Justice analysts say the deadly shot came from two or three feet away and they only found DNA from Mullis on the gun, not from Lucas.

"Blaming Rod Lucas for his own death given the fact there's no physical evidence to support that is insulting," said Noelle Pebet, the former prosecutor on the case, during a preliminary hearing in November 2017.

DOJ testing also couldn't make the gun go off accidentally, even by throwing it to the ground, so Torres says the defense might need to find a gun expert who's more familiar with the weapon.

"That could talk about innocent conduct by the person, in this case by the deceased, how a gun fell and discharged, how that could happen and how that's reasonable," he said. "A jury could look at that."

Mullis kept his job on paid leave for more than two years after the shooting, but retired from the sheriff's office last December.

The question of his negligence should be answered once and for all after a trial expected to last three weeks.