Final Coroner's report on the suicide of John Lang released 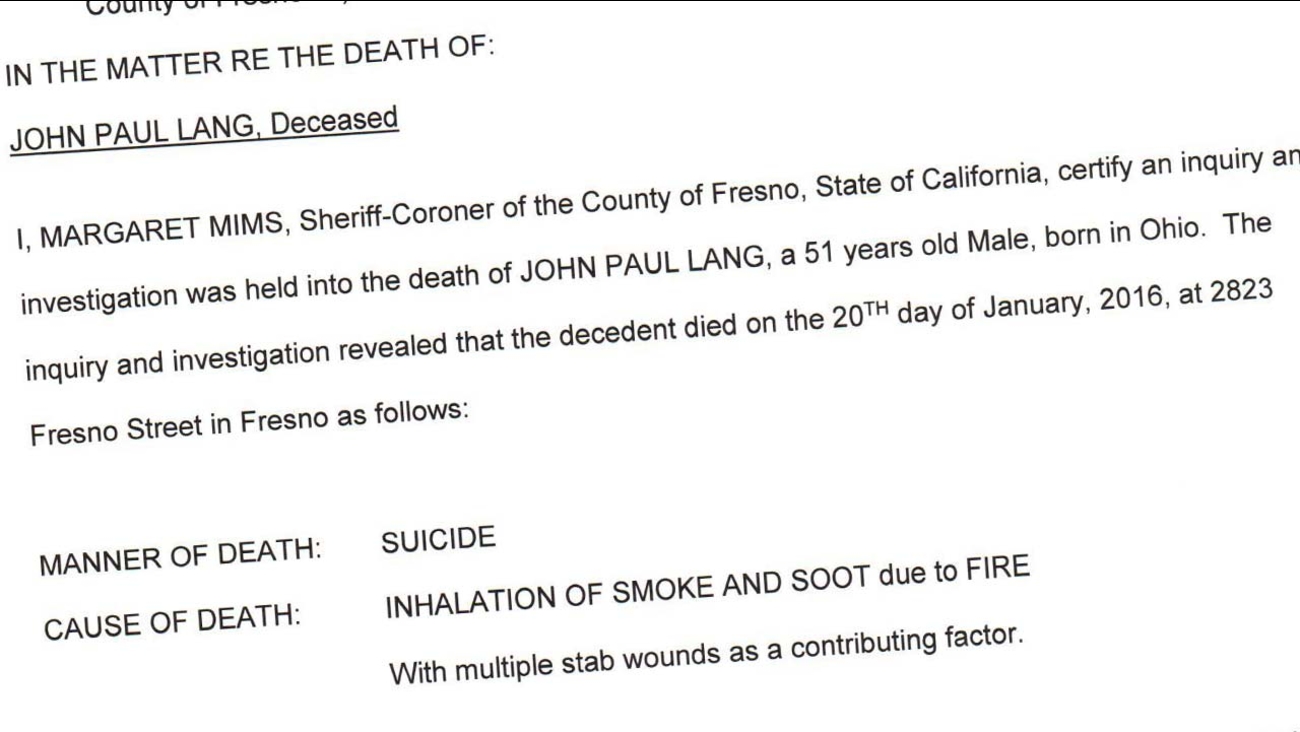 FRESNO, Calif. (KFSN) -- The Fresno County Sheriff-Coroner's office has released the final report on what they are calling the suicide of John Lang.

In January, firefighters found Lang barricaded inside his burning home on Van Ness Avenue in Central Fresno in January. He had some stab wounds and was later pronounced dead at the hospital. Coroners have determined the wounds were self-inflicted.

Final coroners report on death of John Lang is in. Cause of death=suicide. Video supports suicide finding. @ABC30 pic.twitter.com/2FT5vvn3JW

Investigators had initially called his death suspicious as they said it appears his house was intentionally set on fire.