Election 2020: How Valley candidates are reaching out to voters amid COVID-19

The pandemic cut off all the usual spots where candidates could greet groups of voters and offer a political pitch.
KFSN
By Dale Yurong 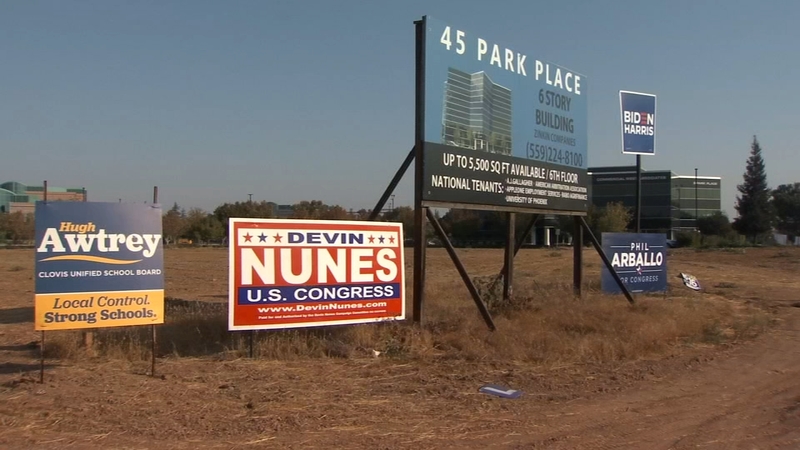 Election 2020: How Valley candidates are reaching out to voters amid COVID-19

FRESNO, Calif. (KFSN) -- COVID-19 has disrupted political campaigns all around the Valley, forcing candidates to adjust their approach to the November election.

The pandemic cut off all the usual spots where candidates could greet groups of voters and offer a political pitch.

Precinct walking has been an effective way to mix with voters.

But like everyone else, candidates have been trying to avoid large gatherings.

Republican Rep. Devin Nunes, the 22nd Congressional District incumbent, said, "It's been interesting because there is so much pent-up people who want to be active so I've never had more support. Signs are up everywhere."

Campaign signs have been greeting drivers at busy intersections and TV ads have flooded the airwaves.

But congressional candidates miss the town halls which have served as introductions for many first-time candidates.

Democratic challenger Phil Arballo of the 22nd Congressional District said, "We were able to adjust accordingly. We have more volunteers phone-banking, text-banking."

Kevin Cookingham is the Republican challenger in the 16th Congressional District. He added, "Since I've never done it before it's not how I would've imagined. But we're doing a lot of stuff behind the scenes obviously. I like to speak to people in person."

If that's not possible, candidates must find other ways to reach out to voters.

Despite the pandemic, Action News saw plenty of political energy out there.

Republican challenger David Valadao of the 21st Congressional District said, "As far as our campaign, we've got more volunteers than we've ever had. It's just how we use those volunteers will be different."