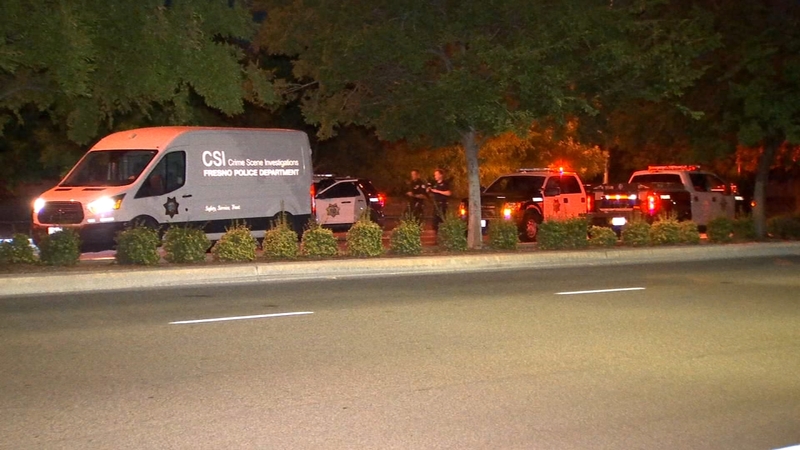 FRESNO, Calif. (KFSN) -- Fresno Police officers are trying to figure out what led to a teen's death overnight.

Investigators say it's unclear at this point why 15-year-old Lisa Miller of San Diego was walking down Willow Avenue outside of a crosswalk when she was struck near Teague.

Investigators say it's unclear at this point why 15-year-old Lisa Miller of San Diego was walking down Willow Avenue outside of a crosswalk when she was struck near Teague.

"That's going to be part of the investigation, trying to determine at that time, why she was crossing the road. Was it alcohol or drugs in her system? Was it something she intentionally did, or was it a tragic accident?" said Fresno Police Lt. Mark Hudson.

Officers say the girl was wearing a hospital bracelet, so they are working to figure out if she was recently seen at any local medical centers.

The driver who hit the teen stopped and stayed at the scene. He told detectives he tried to avoid hitting the teen but could not.

"It was a Honda Pilot that the driver was driving in- again southbound on Willow Avenue. It does look like the pedestrian was at fault because they weren't in a crosswalk. They were crossing lanes of traffic," said Lt. Hudson.

Emergency crews tried to save the girl when they arrived but her injuries were too severe, and she was pronounced dead at the scene.

The accident marks the 10th deadly vehicle versus pedestrian crash in Fresno this year alone.

An autopsy completed Tuesday morning will hopefully provide more clues as to whether any other substances may have contributed to the teen's death.

Officers are also planning to interview the people who lived with the unidentified girl at a group home. They will be asking questions about the girl's habits and state of health, both physical and mental.