Man arrested for DUI after crashing into parked car, passing out at the wheel in northeast Fresno 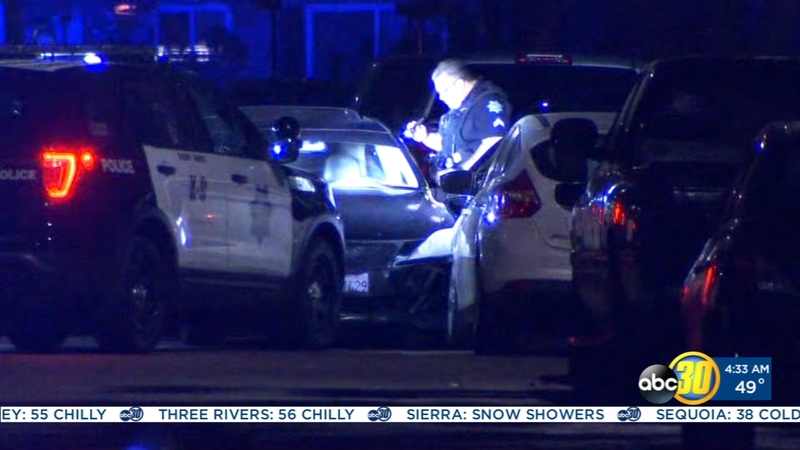 Man arrested for DUI after crashing into parked car, passing out at the wheel in northeast Fresno

FRESNO, Calif. (KFSN) -- A 19-year-old man was taken into custody on suspected DUI charges after police say he crashed his car in northeast Fresno and passed out at the wheel.

Investigators say a witness saw the driver had crashed into a parked car on Gettysburg and 2nd Street just after 12:00 am.

The witness checked on the driver and found he was passed out, with a gun near the driver's seat. The police were called to try to wake him.

Officers used a PA system, and it took almost two hours for the man to awaken.

"He was unresponsive most of the time like I said, it appeared he was under the influence of either a narcotic or alcohol. But after an hour and 45 minutes of negotiations, he woke up. He was compliant and was taken into custody," said Fresno Police Lt. Anthony Dewall.