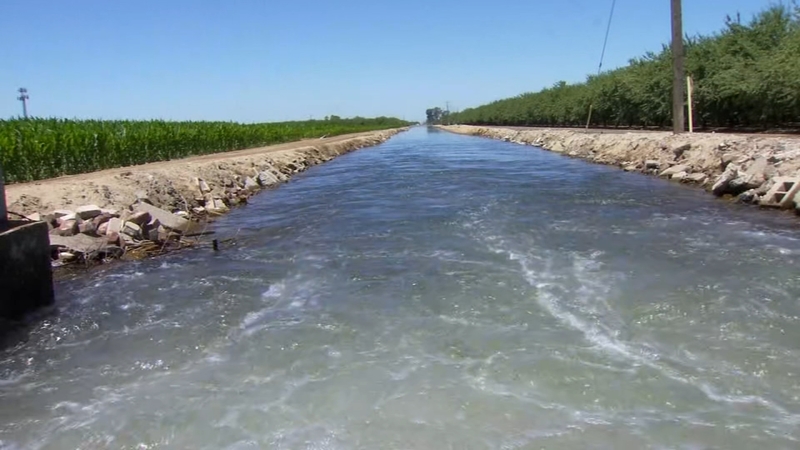 FRESNO, Calif. (KFSN) -- Growers in the Fresno Irrigation District will take whatever water they can while it's still available.

Grapes are growing on the vine. Almonds are forming on trees.

The water normally flows to farms through September but because of the drought conditions, this year's deliveries will last only through the month of June.

"This is one of the shortest years we have on record in over 100 years of the irrigation district," says FID Board President Ryan Jacobsen. "Obviously, going back to 2015 was the worst ever, but this is not far behind."

It was hoped more water could be delivered in July but that won't be the case. Next month, farmers will have to pump water from their underground wells to keep their crops going.

"A lot of folks will have to obviously rely on groundwater," he said. "We're very fortunate that most of our soils are conducive to recharge, so we do recharge in those wet years."

The Fresno Irrigation District gets most of its water supply from the Kings River but this year, there's not much snowmelt behind Pine Flat Dam.

"The Kings River, right now, is looking like it's going to have a yield of less than 300,000-acre feet," Jacobsen said. "To put that in perspective, the annual yield on that watershed is historically somewhere in the 1.8 million-acre range, so you're looking at a critically dry year."

When you look at the runoff between October and May, it is the third-lowest on record.