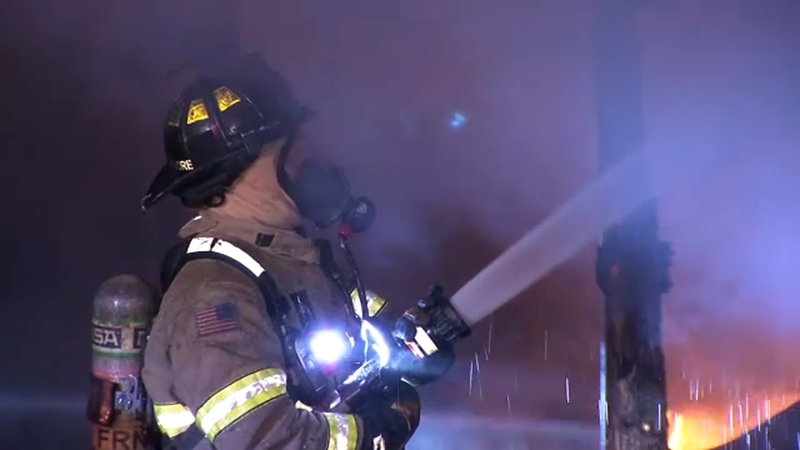 A fire that destroyed several cars and a carport in central Fresno on Thursday morning is being called 'suspicious.'

Firefighters received a call around 2:30 of flames at an apartment complex on Dakota and Harrison.

They arrived to find five cars inside a carport on fire.

Additional firefighters were called in and crews were able to put out the flames.

"This was a dangerous fire for our crews to be a part of, there was also a problem because of the amount of fire under the carport. Crews couldn't get underneath the carport to put out the fire directly, so we had to perform indirect fire tact on this fire," said Dan O'Meara with the Fresno Fire Department.

Officials said two apartments were damaged by the fire, with electrical meters on one of the buildings sustaining major damage.

A power line went down from the heat, but was not a factor in the fire.

Residents living in eight units were affected but they should be able to return to their apartments later on Thursday.