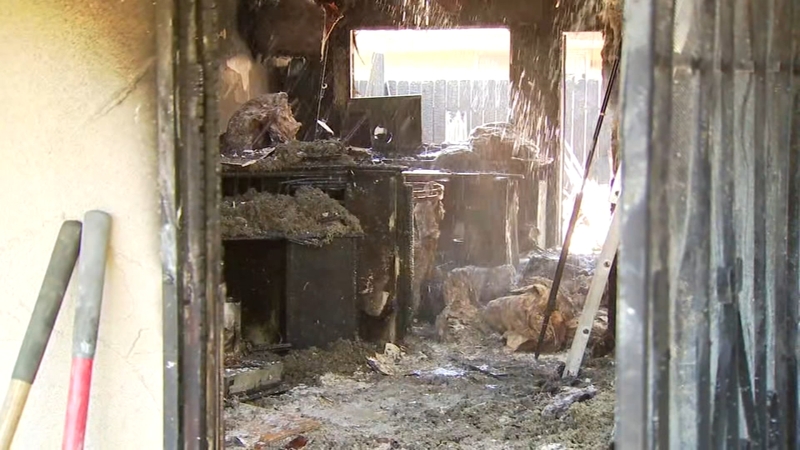 The fire was reported at an apartment complex near Chestnut and Ashlan Avenues shortly after 8:00 am.

Fire crews said there were a number of challenges but access was the big problem.

Flames were shooting out of the roof and windows and a narrow entry way made it difficult for firefighters.

DEVELOPING: Three units damaged in apartment fire, on Ashlan and Chestnut. Nine people have been displaced... investigators are now doing overhaul/looking into the cause. @ABC30 pic.twitter.com/RPRrIKQS95

Firefighters were able to put out the flames within 30 minutes.

Nine people, six adults and three children, were able to escape the blaze. They're now being assisted by Red Cross.

It's turning out to be an explosive year for Fresno Fire. Crews have responded to 2,900 fires so far this year.