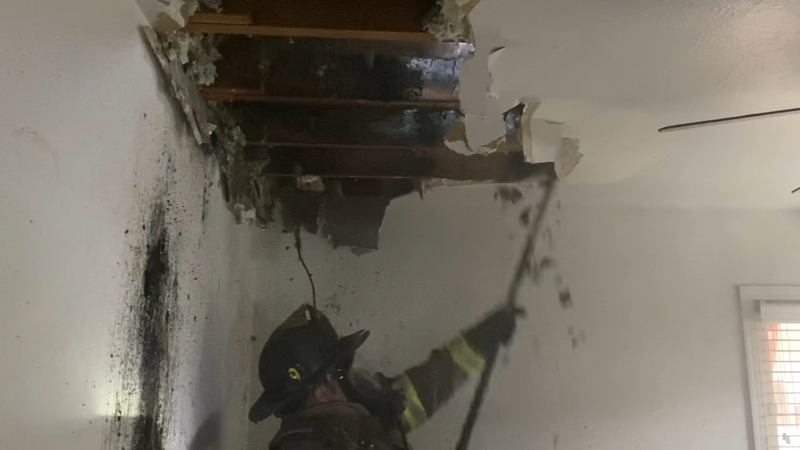 FRESNO, Calif. (KFSN) -- The Fresno Fire Department is warning the public after two separate attic fires happened in the city in a time span of 24 hours.

Saturday's fire happened on Teilman and Peralta in southwest Fresno.

Residents of the home called 911 because of a strange smell coming from somewhere in the house.

When firefighters arrived, they were able to determine it was actually the beginning of an attic fire and were able to contain it before it spread further.

Officials say it started because of a wiring issue where it smoldered overnight and eventually sparked.

The same reason caused another attic fire on Price and Grove in southeast Fresno.

Firefighters are urging home owners to take steps to prevent these sort of fires because it doesn't take long for a fire to go through a ceiling.

"It doesn't take much to have a roof collapse in, especially if you live in a lightweight constructed house, so something that is newer in the last 20 to 25 years, lightweight in the attic, doesn't take much for fire infringement, once that's on there in collapses," says Fresno Fire PIO Shane Brown.

Officials are urging everyone to talk to the other members of your household and create a plan in case a fire sparks up.