Authorities believe the fire was started intentionally and have opened an arson investigation.
KFSN 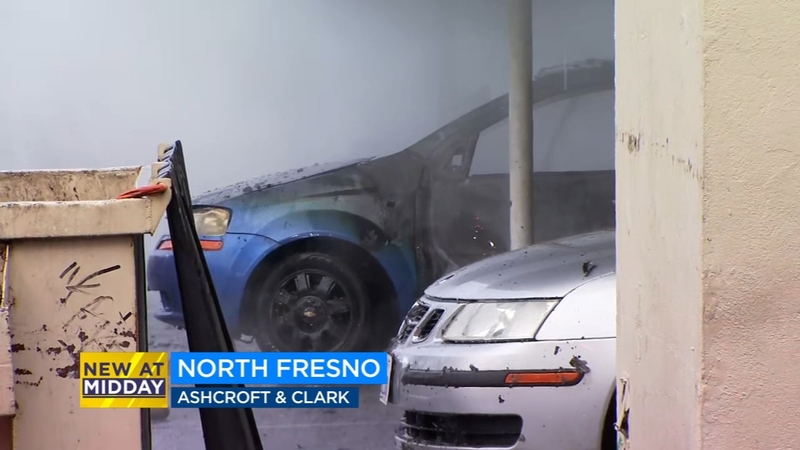 FRESNO, Calif. (KFSN) -- Fresno firefighters are investigating after a car caught fire at an apartment complex in north Fresno on Friday morning.

Fire crews were called out to Ashcroft Avenue and Clark Street, near Highway 41 and Gettysburg Avenue, where they found a vehicle on fire in the carport.

Firefighters quickly doused the flames. The heat from the blaze damaged a nearby car and the carport railing.

Fresno police officers were also called out to the scene. Authorities believe the fire was started intentionally and have opened an arson investigation.

Police said they responded to two other small fires in the area. Investigators found a pile of clothes burning in the street nearby.