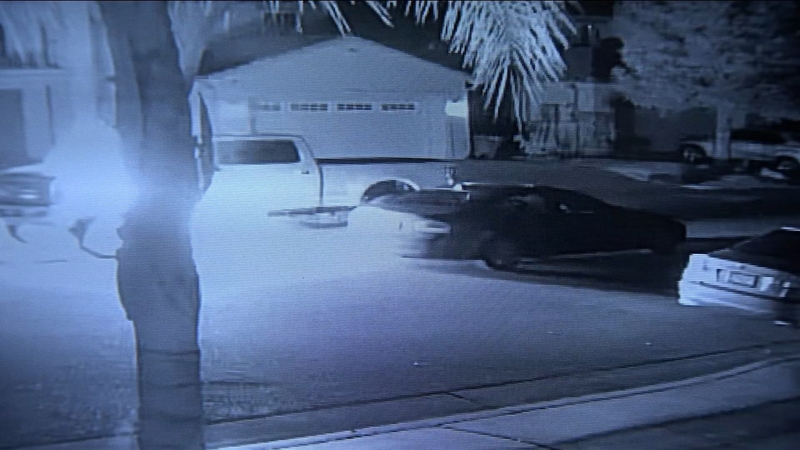 FRESNO, Calif. (KFSN) -- Fresno Fire is teaming up with Fresno police to see if three separate incidents are connected - two arsons and a drive by shooting all within a 6-month span.

Footage captured from two security cameras in the neighborhood show the moments a truck parked in front of the home on east Atchison was intentionally set on fire.

Shortly after the flash you see the suspects take off and neighbors run to the front door to alert the family.

Fire Investigators say the suspect car in the arson video appears to be a dark 4-door 7-series BMW.

The driver and passenger both got out but the driver is the one that ignites the liquid.

Though Police detectives believe the crimes are connected they're unsure if it's the same suspect vehicle involved in the drive-by.

The family living in the home didn't want to speak on camera in fear of retaliation just 20 feet from their front door signs of the fire are still visible on the pavement.

"It's very intentional its used in a very vindictive way," Tracy said.

Already assuming a lot of risk when responding to fires these arson's make a firefighter's job that much more dangerous.

"Fires that are illegally set or arson we shouldn't be going to those so the criminal aspect is something that I feel very strongly about," Tracy said.

Based on the arson alone, the suspects could face anywhere from 2-4 years in jail. That would likely increase if connected to the drive-by.