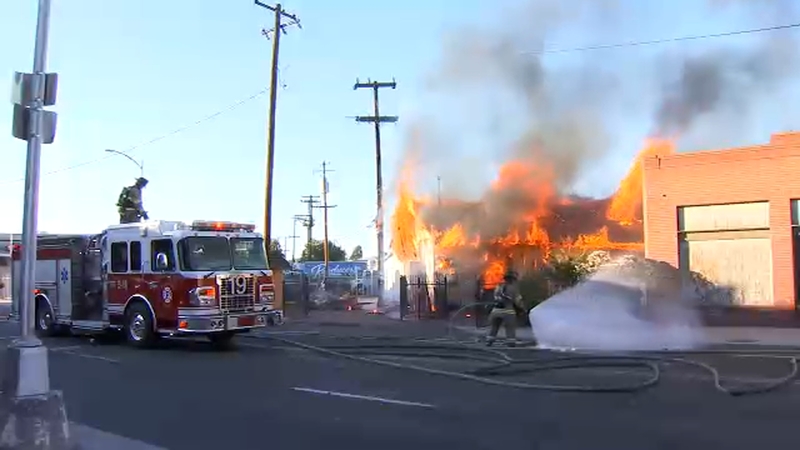 FRESNO, Calif. (KFSN) -- With triple-digit temperatures and an explosive 4th of July holiday, the Fresno Fire Department is on track to break their monthly record for fire calls. This comes as both May and June have shown a 55-60% increase in calls to service.

Fresno Fire PIO Shane Brown said this month alone, the department has responded to an average of 25.2 fire calls per day.

"We're getting to the point, we're stretched so thin, we're having to stop responding to certain calls," he said.

Brown added, "We're having to shut down medical aid service. We're having to move rigs from neighborhoods to other stations. How are we going to continue to provide the best level of service, if we just don't have the resources available to us?"

Year over year data shows fire calls are up 53.65%. This year alone, total losses are almost at $13 million.

That puts Fresno Fire at a little more than half a firefighter per thousand people in the city's population, when the state's average requirement is .81 per thousand.

Because of their staffing model, Fresno Fire is constantly having to innovate when it comes to procedure and equipment.

"We have crews from all over the city training on a new nozzle that we've gotten that allows 1 firefighter to operate a larger hoseline to provide more volume of water to a fire," said Brown.

The latest city budget includes three additional firefighters one for each shift.

"In the immediate future the only thing we can do is what they're doing now, reallocate their resources, access their overtime budget... but it takes us months to a year to hire additional firefighters," he said.

Arias added, "We are expecting to use some of the COVID funds that we have from the federal government to provide firefighters some additional help."