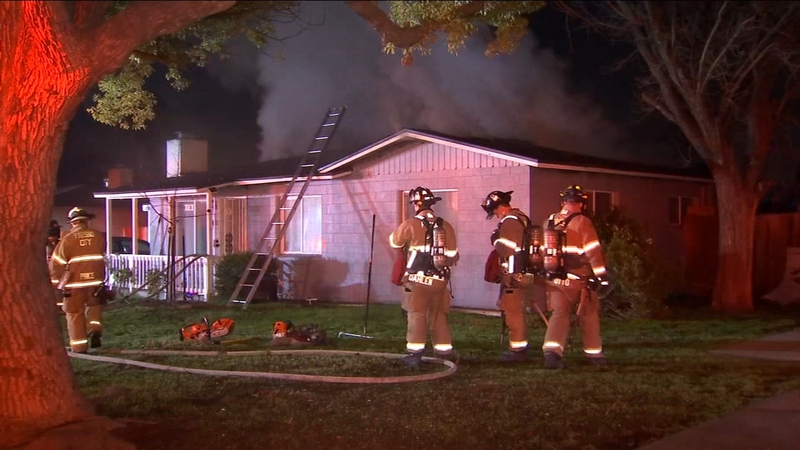 'Fresno has a fire problem:' Department warns residents of hazards to watch for

FRESNO, Calif. (KFSN) -- As flames tore through this Central Fresno home on Christmas day, helmet camera video captures what it's like to be a firefighter.

Crews withstood those extreme conditions for 20 minutes before getting the fire under control.

The three people living there survived but the damage meant they'd be without a home.

"People community members residents in Fresno have been displaced from their homes this year alone," said Captain Robert Castillo with the Fresno Fire Department.

Captain Castillo says the city has seen $30 million in fire damage this year.

"Fresno has a fire problem you look at those numbers and it's really tragic the amount of loss community members of Fresno have suffered," he said.

The video released by the fire department comes with a reminder of things you can look out for in your own home.

"Candles are one of the leading causes of residential fires nationwide," Castillo said.

In addition to candles, overloading electrical outlets, faulty wiring, and any appliance with an open flame top the list of leading causes of fires across the U.S.

"There are things you can do around your house and just do a little inspection and look at things that could be hazardous," he said.

This time of year, one of those fire hazards could be your live Christmas tree.

They say if you're keeping it around, keep it watered.

"If you're looking around the base of your tree and you see the needles start to collect you know its starting to die out," Castillo said. "If you see that leaves start to easily become brittle it might be time to get rid of it."