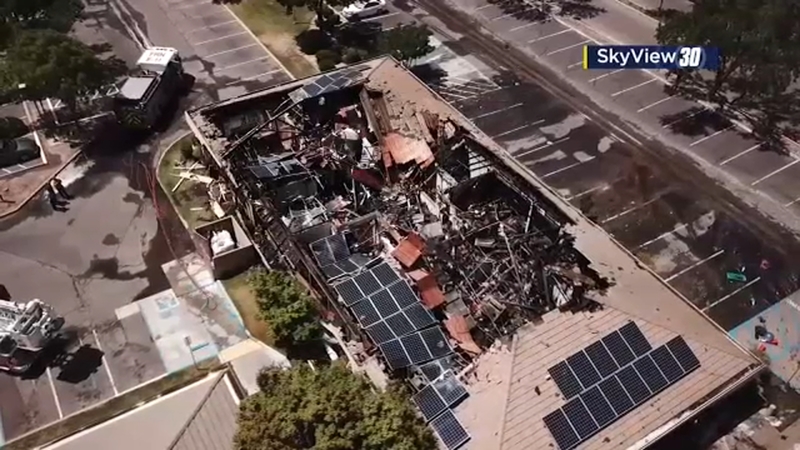 The team is consisting of 81 people is working around the clock - serving the more than half a million residents in the City of Fresno.

"Doesn't seem to be slowing down and we got this little swing with the cool weather, which we thought might bring a bit of a relief," he said.

ABC30's Downtown Fresno Skycam had the massive plume of smoke and flames coming from MLK and Garrett Avenues.

"Last year was the time we ever had a month with 500 fires," Brown said. "We had seven months last year with more than 500 fires and this year, every single month has had more than 500."

The department has never broken the record of 700 fires in a month. Fire crews have responded to 474 fires this month alone.

Putting them on pace to reach that 700 all-time record by the end of the month.

Brown says 1,533 of those fires have had some form of homeless involvement, a problem the city has tried to tackle.

Earlier this year, Fresno Mayor Jerry Dyer housed a couple of hundred people in city-owned motels as a part of his plan to help the homeless population and clean up Highway 41.