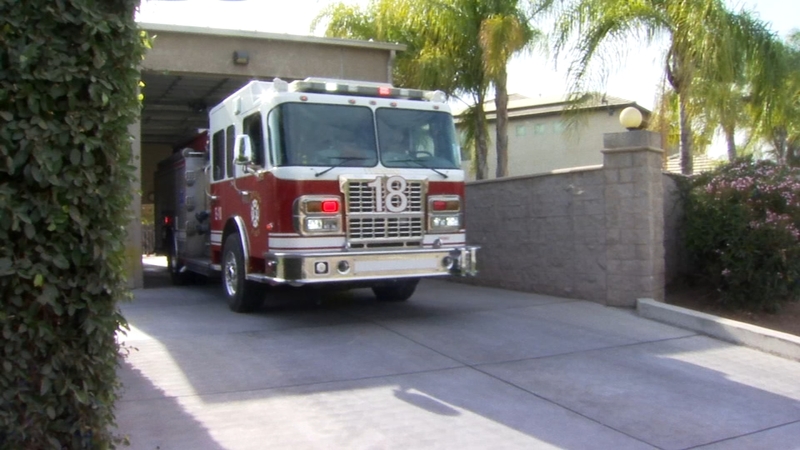 Firefighters at Station 18 in northwest Fresno are about to move out of the neighborhood.

The house on La Ventana Avenue is like any other home.

A kitchen for cooking, a room to watch a show, and even a jacuzzi. But odds are a fire truck has never rolled out of your neighbor's driveway.

"I noticed the red light down the street and I said that's gotta be a fire station, but it looked just like the homes around here," says Roger Uribe, a neighbor.

Fire Station 18 was temporarily built in this neighborhood to bring fast response to developments without fire sprinklers. And now after nearly 13 years, the City has approved money for the station to move into a traditional firehouse just over a mile away.

"That mile and a half makes a tremendous amount of response time differences to all of the constructions that are happening to the south of it," says Fresno Fire Deputy Chief Ted Semonious.

Chief Semonious says the repositioning won't endanger the homes it's now moving away from and is cost-effective.

On Thursday, the Fresno City Council unanimously approved the constructor for the project and where the rest of the funding will come from, but not without the councilmembers voicing their thoughts.

"What are we doing to make sure that this fire station doesn't go over budget?" said Council Vice-President Miguel Arias.

According to the City, groundbreaking for the station will take place in the new year.
Report a correction or typo
Related topics:
fresnofirefighters
Copyright © 2021 KFSN-TV. All Rights Reserved.
TOP STORIES
Merced teacher back home after battle with COVID-19
Looking back at the ups and downs of COVID in Central CA
24-year-old man shot in southwest Fresno, police say
What changes throughout Central California as state reopens
CA has reopened, but not everyone can go maskless
Suspect involved in standoff in Kings County identified
19-year-old arrested on arson charges for NW Fresno fires
Show More
What to expect from CA's reopening today
Newsom picks 10 winners of $15M to celebrate reopening
1 killed in shooting on Hwy 99 near Merced
Valley doctors discuss California's reopening
Valley travel industry shows signs of rebound as CA reopens
More TOP STORIES News