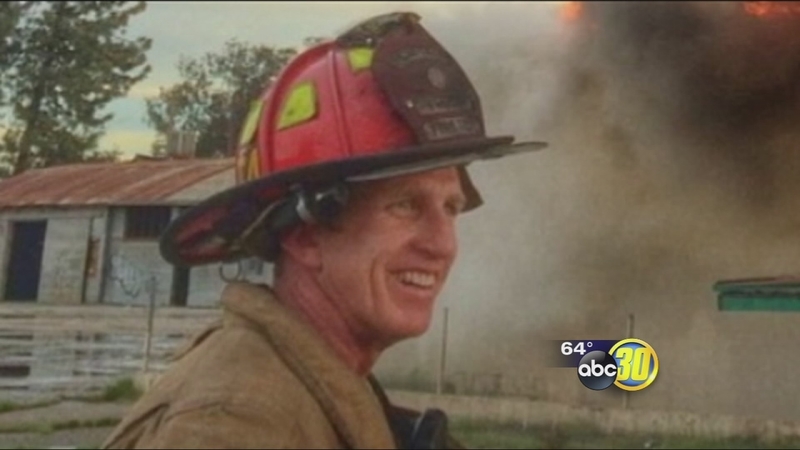 FRESNO, Calif. (KFSN) -- Several fundraising efforts are underway for Fresno Fire Captain Pete Dern, who was injured in the line of duty. He's still in critical condition and is using a ventilator to help him breathe.

On Friday, 321 people donated blood. And more than $100,000 have been collected online, and so much more is being offered to help Captain Dern.

Another side of the brave fire captain is being shown now, a husband, a father, a hero whose life changed in an instant.

Dern was recognized nationally as the ABC News "Person of the Week." The frightening story of his fall into that fire Sunday, and his heroic career, told across the country.

Here at home, Friday night, the Rods on the Bluffs classic car show offered up another fundraising opportunity to help the Dern family, 500 cars on display to more than 3,000 people.

"There's a need there so we are just offering up the venue whenever we can help out, to advocate for our community," said Rods on the Bluff promoter Anthony Granata.

Earlier in the day, a blood drive for Captain Dern was held at the American Ambulance headquarters in Southeast Fresno.

It was a chance to help that Tammy Smith couldn't pass up. "I know what my uncle went through fighting fires and it just, you stick together," Smith said. "Even though you don't know them, they're family."

The Fresno Firefighters Association posted a photo to Facebook of a firefighter who drove more than 230 miles from Montebello, in Southern California, just to donate blood for his brother firefighter.

In true first responder fashion this blood drive will help more than the man it honors. "We have really struggled with O negatives and some of our other blood types in general because usage in our emergency rooms have been so high for some reason for the past four or five weeks," said Chris Sorensen from the Central California Blood Center. "When this tragedy happened and everybody responded, it's phenomenal."

The Central California Blood Center is still taking donations. There will even be another blood drive next weekend in Nevada in honor of Captain Dern.