Officer Tarpley said when it was all over, the Good Samaritan thanked him for his police work. He wants to return the gratitude.
KFSN 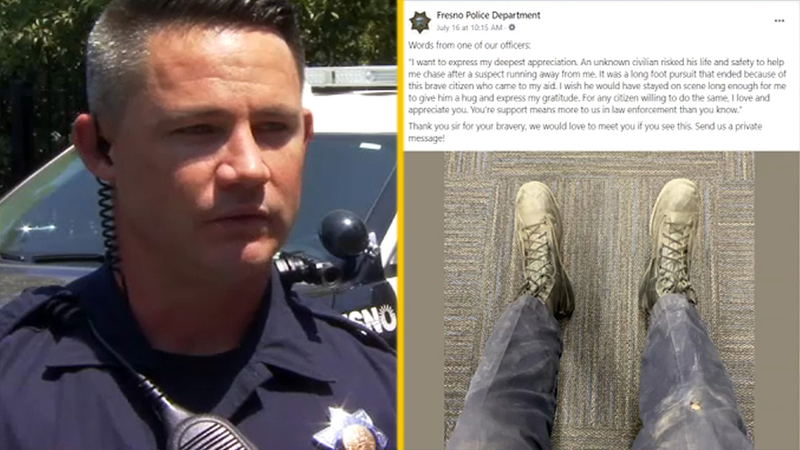 Last week, police were called about a man who was threatening a woman with a firearm.

Officer Tarpley was flagged down. When he approached, he saw the suspect running away.

The officer followed him over fences and through backyards before they both ended up on Highway 99. The man ran down the center median, even with other police officers responding to the area.

That's when a passing driver stopped his car and helped bring down the suspect.

Officer Tarpley said when it was all over, the Good Samaritan thanked him for his police work. Now, Tarpley wants to return the gratitude.

"As he walked away, I didn't get the chance to stop what I was doing to be able to talk to him. I wish I had that moment to tell him 'thank you,' and express my gratitude for him intervening and helping us bring everything to a safe conclusion," he said.

If you know the man who helped Officer Tarpley or if you are the Good Samaritan yourself, you're asked to reach out to the Fresno Police Department.