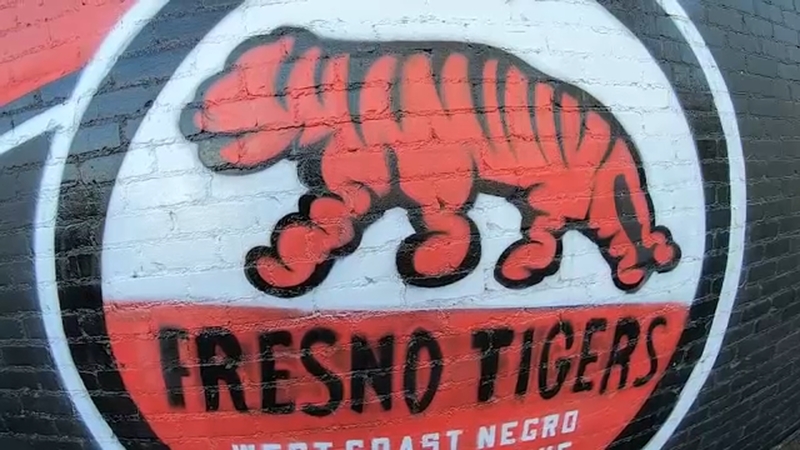 FRESNO, Calif. (KFSN) -- The marketing team behind the Fresno Grizzlies is back at it again.

The same group that brought us the Fresno Tacos will introduce fans to the Fresno Tigers this season.

On June 24, the Grizzlies will transform into the Fresno Tigers of the 1946 West Coast Negro League.

"It was such a limited run which means not a lot of fans had the opportunity to see them, so we now have the really cool chance to put the Fresno Tigers in front of all of our fans and in front of Central California," said Grizzlies Marketing and Communications Director Jonathan Bravo.

Not a lot of information can be found about the Tigers -- the team played just a handful of games at Fresno Midget Auto Race Park before moving to San Diego in 1946.

The Tigers were one of six professional clubs that made up the West Coast Negro League.

"There really is a large portion of the Central Valley who doesn't know this team existed, both baseball fans and non-baseball fans alike," he said. "We really wanted to be able to educate our community, our fanbase and the fanbase as a whole. We picked up national attention because we're playing as the Tigers, which has been amazing."

The push to reintroduce some of these forgotten teams follows a new initiative from Minor League Baseball to engage and welcome black fans to ballparks across the country.

"Highlighting black history as American history is something that I feel like we're only really starting to understand in this country," Said Des Washington.

Having a connection to the Negro Leagues is something Washington feels strongly about.

The Business to Business Specialist for the Fresno Metro Black Chamber of Commerce is looking forward to the teaching moment the Tigers can provide this season.

"I did know about the Fresno Tigers but a ton of people don't and especially a lot of little kids, that's the target I have in mind," she said. "For them to know that these leagues existed and these people were fighting for a place in America when it was literally a fight."

Longtime local business owner Corey Cooley grew up playing in the West Fresno Little League and feels this promotion is the perfect tie-in for the community.

"Hopefully, some of the kids will go out to the game, check it out and become inspired because as you know, we need more little black boys playing baseball," said Cooley.