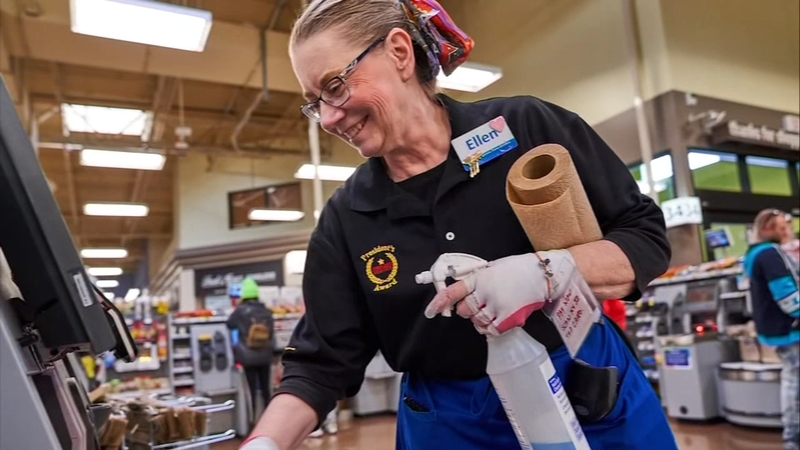 FRESNO, Calif. (KFSN) -- Hazard pay isn't coming in a hurry for grocery store workers in Fresno after the city council postponed its vote on a $3 per hour raise during the pandemic.

The coronavirus has infected a minimum of 20,000 grocery store workers in the U.S., according to union representatives.

Fresno City Council President Luis Chavez says not all of their employers have done enough to reward the employees for risking their own health and their families' to keep everyone else fed.

"Somewhere along the way as a country I think we became a lot more empathetic to corporations and their needs, and a lot more Darwinistic to employees, and we need to bring that balance back," he said.

He wanted to hear from other council members about possible pitfalls, like a lawsuit filed to stop a bigger hazard pay mandate in Long Beach.

"We've seen some of the backlash there from the corporate grocery stores who have wanted to close stores in poor communities," said Councilmember Nelson Esparza.

He predicted it was less likely to happen in Fresno because the proposed hazard pay bonus was slightly smaller than in Long Beach.
A Kroger spokesperson told Action News, "Grocery stores operate on razor-thin margins and these mandates increase our operating costs by 20-30%, putting any struggling store in jeopardy."

She said the company spent $1.5 billion in protections and additional pay for employees since the pandemic started.

Mayor Jerry Dyer doesn't get a vote on the proposal, but said he didn't want the city to intervene.

"Philosophically, as the mayor of the city, I just don't feel it's our role in government to mandate or dictate to certain businesses," Dyer said.

Chavez took the critique and said he'll make the hazard pay more focused, targeting businesses that got government funding and aren't already giving extra pay or health coverage plus paid time off when employees get sick.