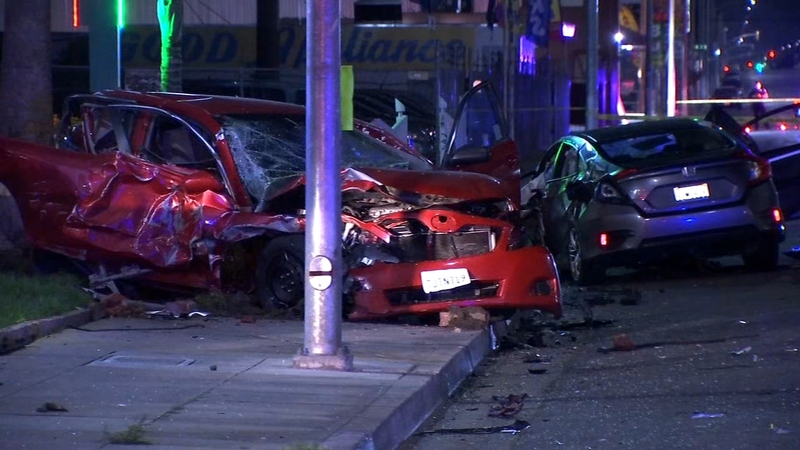 FRESNO, Calif. (KFSN) -- Three people were hospitalized after a high-speed chase ended in a crash in central Fresno on Friday morning.

It started near Cedar and Gettysburg Avenues around 12:45 am.

Fresno police officers were there to arrest 42-year-old Philip Lujan for domestic violence. Officials say Lujan got into his red Toyota Camry and drove off.

Officers and the department's helicopter followed Lujan as he sped down Cedar Avenue, at times reaching 100 miles per hour.

He crashed into a gray Honda Civic at the intersection of Cedar and Belmont.

Police say the force of the crash impact was very significant.

"The force of the impact was sufficient enough that it caused the engine from the Honda to be thrown 40 yards away from the victim vehicle," said Fresno Police Sgt. Paul Cervantes.

The victim's Honda ended up on the southside of Belmont, while the engine was on the northside.

The two people inside the Honda suffered moderate injuries. They were taken to Community Regional Medical Center in downtown Fresno for treatment.

Police say Lujan also had moderate injuries and was transported to the hospital. Once released, he will be booked into the Fresno County jail.
Report a correction or typo
Related topics:
fresno centralcar crashpolice chasecar chasehigh speed chasecrash
Copyright © 2021 KFSN-TV. All Rights Reserved.
HIGH-SPEED CHASE 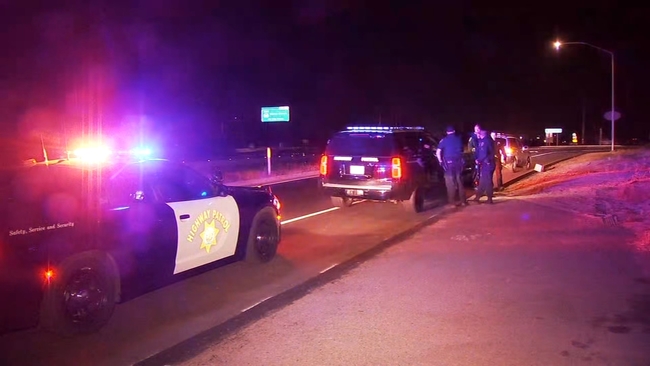 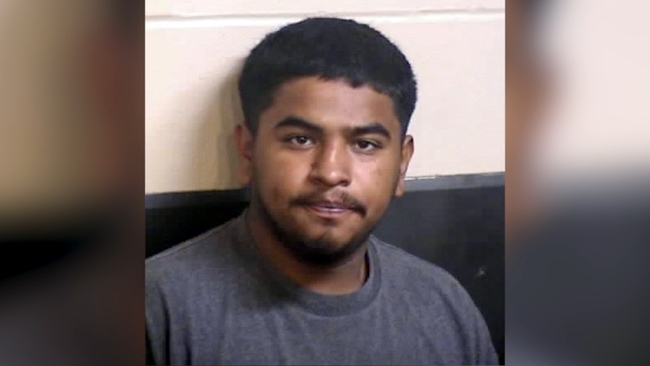