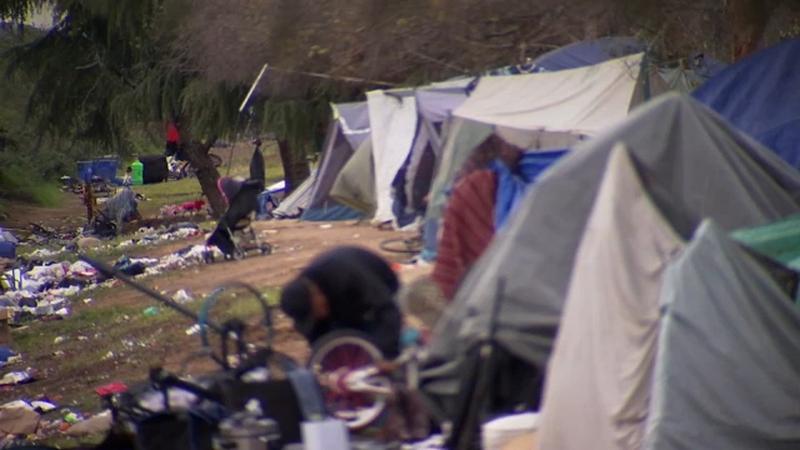 The federal government extended an eviction moratorium until the end of July on Thursday, so that buys some time before a possible flood of new homelessness issues.

But there's still an urgency to finding a solution.

Katherine Miranda hit the restart button on her life when a Fresno County project helped her move off the streets and into Crossroads Village.

She can stay there up to a year and has on-site access to services.

"They give you more advantages as far as looking for employment and housing and stuff like that," Miranda said.

Fresno County Supervisor Nathan Magsig says the once-controversial project in the heart of Fresno is proving to be a success.

The county used about $15 million in state Project Homekey funding to buy the former Smuggler's Inn on Blackstone near Dakota Ave. and turn it into the Crossroads.

The city of Fresno has also used Homekey funding to buy up motels along Highway 99, mostly for temporary housing.

The city has also invested in clearing people experiencing homelessness from the side of highways.

But the county and city don't always see eye-to-eye on how to help those people, which Magsig says can be counterproductive.

"If we have different priorities in different places, what happens is the homeless population just gets shuffled around," he said.

As Governor Newsom wants to expand Homekey, Magsig wants to invest in more long-term projects like the Crossroads.

He says they can make a bigger impact on the problems if the county and all 15 cities pool their resources to help people like Miranda.

"I was an addict for 30 years, on the streets for 12 years," Miranda said. "You know what I mean? And I came this far. And if I can do it anybody could. You know what I mean? You just have to put your mindset to it because there's no need to be out there on those streets when you've got all this help here."

The county plans to end its temporary, short-term housing contracts by the end of September.