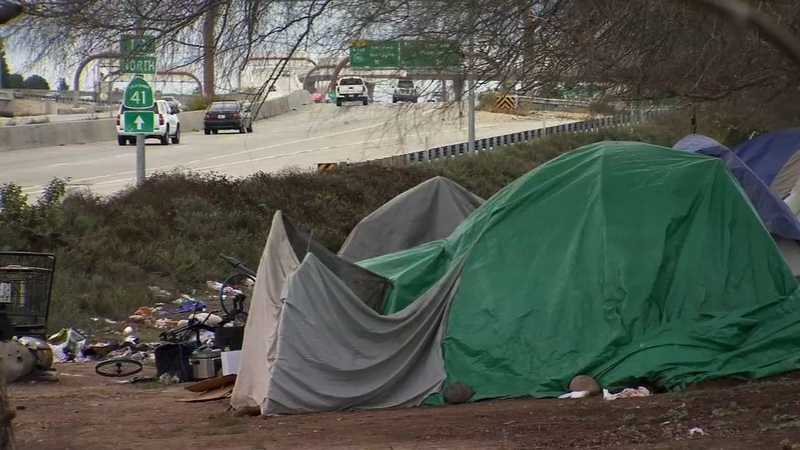 It was part of the city's "Project Off-Ramp" initiative.

Dyer said more than 400 people have housing because of that project and the city's efforts to help more people are only ramping up.

"All the folks who were on various freeways in Fresno, homeless -- the tents that were established -- those have been removed. Those people have been relocated into housing, generally motels and other transitional type housing," said Dyer.

But there is still a lot of work to do.

People are being moved into refurbished motels and other spaces -- all much warmer than the streets.

As winter approaches, it's usually a busy time for small fires, set to keep warm.

"Outside fires are especially dangerous this time of year because even though the temperature may have dropped, it's sill very dry outside so you have a lot of dry vegetation just waiting for a spark," said Jonathan Lopez from the Fresno Fire Department.

This year, the fire department has seen a 30-percent jump in calls for all types of fires, compared to last year -- alarming since we haven't hit the winter months, which is usually busiest time for city firefighters.

"We understand people are trying to stay warm or get something to eat, but there are services in the city, like the Poverello House, they can contact for help with those things," said Lopez.

Something the mayor points to as well -- saying "Project Off-Ramp" has allowed the city to increase the services offered to help the homeless population get whatever assistance needed.