Both investigations will continue through the weekend, Fresno police say.
KFSN
By Nic Garcia 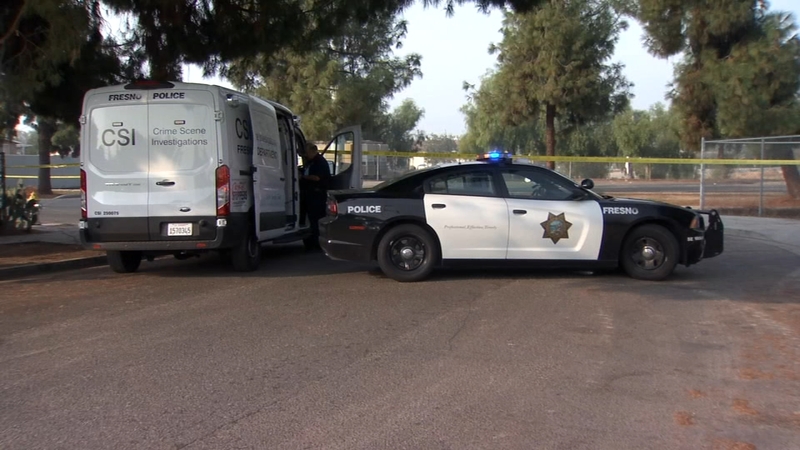 FRESNO, Calif. (KFSN) -- Homicide detectives are working to figure out what led up to two separate deadly shootings overnight in Fresno.

Both were less than two hours apart and only a few miles from one another.

But police have not said if the two are connected yet.

The first attack happened just before midnight near Orchard and Thomas avenues near Romaine Park in central Fresno.

Officers responded to reports of multiple gunshots in the area.

They say the man was shot in the face and was taken to Community Regional Medical Center, where he died.

A few hours later, officers responded to another shooting with multiple gunshots near Balch near Jackson - that's about a block away from Roosevelt High School in southeast Fresno.

Police arrived at around 1:30 on Saturday morning to find a man in his late twenties with a gunshot wound. He was also taken to CRMC and died after arriving there.

Police are now looking through this area to collect more evidence and track down the person responsible in this shooting.

In both cases, they have not released any information about a possible suspect.

Both investigations will continue through the weekend. We expect to hear more information from police on Monday.