1 killed, 2 injured after shots fired during fight in central Fresno 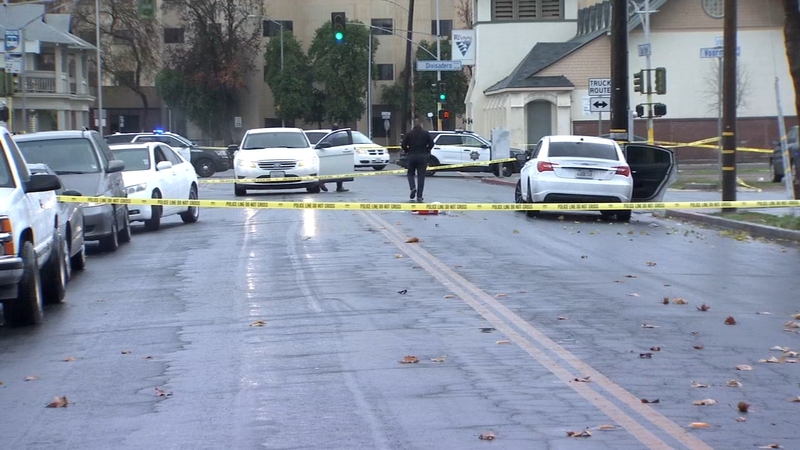 1 killed, 2 injured after shots fired during fight in central Fresno

FRESNO, Calif. (KFSN) -- Fresno police are investigating after two men were shot and a teen was stabbed during a fight in central Fresno on Thursday morning.

Officers first responded to two Shotspotter calls at San Pablo and Voorman around 1 am.

When they arrived, they found a 21-year-old man lying in the road who had been shot several times. He was pronounced dead at the scene.

Detectives are still gathering evidence but say they believe the shooting started with an argument.

"Investigators are trying to get through some of that information to determine what has occurred, but we do know based on some video footage that there was an altercation prior to the shots that were fired," said Fresno Police Lt. Brian Pierce.

Officials say 23-year-old man was also shot, and a 17-year-old boy was stabbed. Both were taken to a hospital for treatment.

So far, no suspect information has been released.