These are the 73rd and 74th homicides Fresno has seen this year.
KFSN 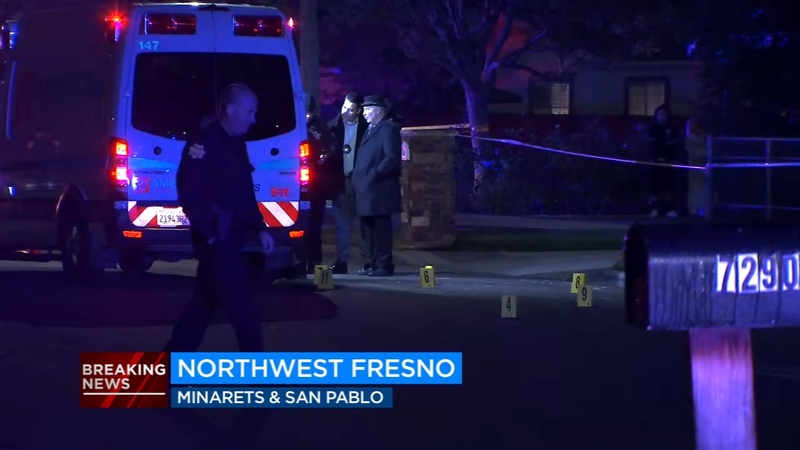 FRESNO, Calif. (KFSN) -- Police are at the site of yet another deadly shooting in northwest Fresno.

Authorities say a man was killed in a homicide at San Pablo Ave and Minarets Ave on Tuesday night.

Officers found 20-year-old Fresno resident Logan Morales with a gunshot wound behind the wheel of his car.

This is the second homicide in northwest Fresno in less than 10 hours.

Earlier in the day, a teenager was shot dead at Fairmont between Marks and Holt Avenues at about 1:30 pm.

Fresno Police are also investigating that incident as a homicide.

The teen was later identified as 17-year-old Jaylin Johnson.

They say some kind of disturbance led to that shooting.

These are the 73rd and 74th homicides this year in the city, which has seen more shootings than ever before and a 40% increase in homicides.

RELATED: Fresno breaks grim record, sees more shootings in 2020 than ever before

Fresno Police say most of the shootings are gang-related and that the last time crime was this bad was the 90s.