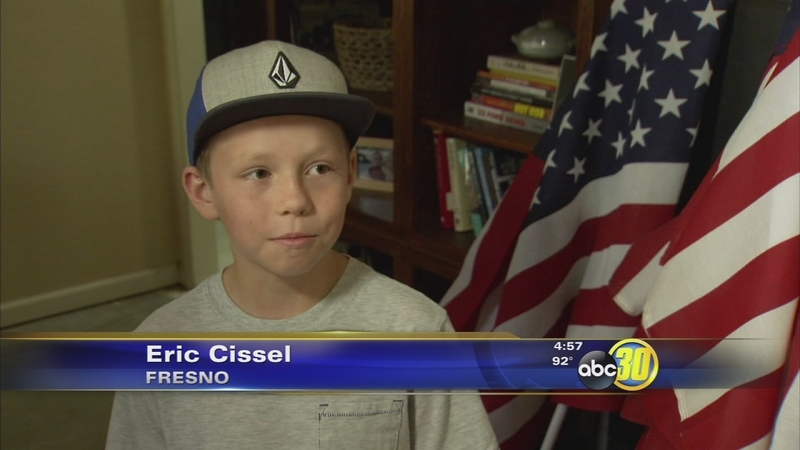 Eric Cissel, 10, is on a patriotic mission to display old glory up and down his Northwest Fresno neighborhood.

"It's totally patriotic and it's fun taking them down and putting them up," explained Eric.

At the beginning of this summer he started knocking on doors and handing out flyers to his neighbors offering his services to set up the American flag in their front yard.

Right now he has about 20 clients and Eric's father expects business to boom by the end of the summer.

"It wouldn't surprise me if he gets another three or four streets by Labor Day," said Chris. "So yeah he will probably have a hundred homes, an excess of a hundred homes probably by labor day."

Eric picked up on the idea from another kid across town. Neighbors pay him $20 to set up the American flag on patriotic holidays. He returns after the holiday to take down the flag and then store it in a container at his home. But he needs a little help from dad for other things.

Chris explained, "This is all Eric! Eric's done all the work all the leg work. He's just not old enough to drive. Hahaha."

Eric says he loved the way the neighborhood looked on the night of Fourth of July.

The money Eric collects will go toward a new computer. He hopes to have the money at the end of year.