Fresno man accused of stabbing 2 on Greyhound Bus in Portland 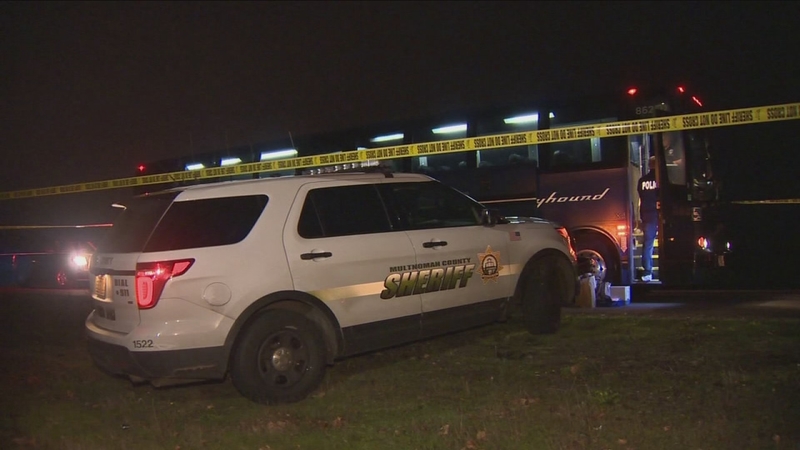 PORTLAND, OR. (KFSN) -- Friday, 32-year-old Robert Moran Vasquez of Fresno was in court after being accused of stabbing two men and endangering the lives of 28 others on a Greyhound bus in Portland. It happened Wednesday night, witnesses say Vasquez attacked the driver of the bus.

"There was a guy that was sitting behind him who had broken through the door and started attacking him demanding to be pulled over something, we don't know why he was doing it," said John Stewart one of the passengers.

Police say Vasquez stabbed the driver in the neck. Two passengers fought off the suspect which authorities say helped the driver pull the bus over safely, but one of them was also stabbed in the struggle. The news left Vasquez's family stunned.

"It was a surprise for us because he was fine when he left, he was fine," said Martin Garza, the suspect's stepfather. "When we got the news we were surprised. I do not know what happened."

Garza said on Wednesday he dropped Vasquez off at the Fresno bus station in hopes of bettering his life. Garza said Vasquez recently lost his job and separated from his girlfriend, who he has two young daughters with. Garza tells Action News he was on his way to his brother's house in Idaho looking for work.

"His brother said send him over here, and I will find him a job," said Garza "I will get him a job where I am working and that was the plan."

This is not Vasquez's first run-in with the law, he has been arrested 10 times and convicted five times. In 2006 he was convicted of possessing manufacturing and selling a firearm. In 2014 he served time for carrying a concealed dagger currently he has a warrant for a misdemeanor hit and run from Indiana. Despite his history, Garza said his stepson is a nice person and he I still trying to piece together why he committed such an awful crime.

"Unless someone attacked him or might have disrespected him might be why he reacted in that way," said Garza.