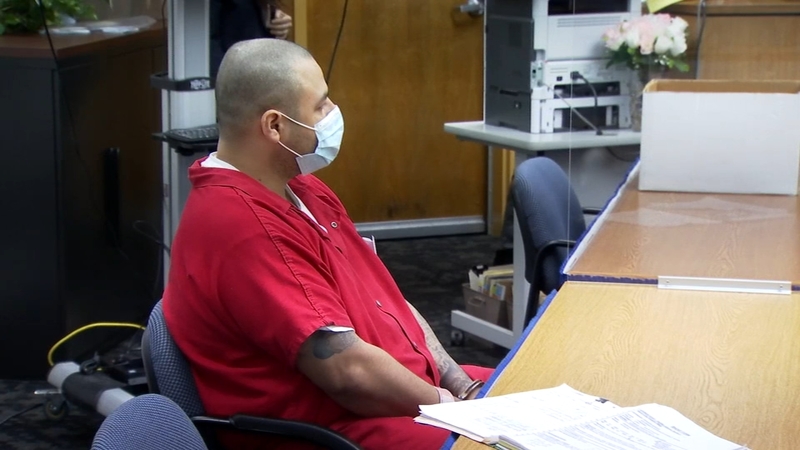 FRESNO, Calif. (KFSN) -- A Fresno man with a history of domestic violence is now headed to prison for murdering his girlfriend.

Yanina Olivarez built a legacy of laughter and love for 32 years until she tried to make love work with Brandon Moreno.

"And my daughter, we will always love her and I will always carry her in my heart," Maria Olivarez said Tuesday, through a court interpreter. "And for you, I just wish something awful."

Friends and family members say they thought Olivarez had gotten into a toxic relationship, but she kept her private life private.

Her mother had never even seen Moreno until Tuesday, just before a judge sentenced him for her daughter's murder.

His own mother admitted she didn't see much of him either before the 2019 beating.

"I haven't been in his life too much," said Carmen Rodriguez. "Therefore, I believe a lot of his issue have to do with me and I feel like I'm partly to blame for it."

Judge Jonathan Conklin acknowledged Moreno had a terrible childhood with no mother figure but said nobody was responsible for this attack except for Moreno. He inflicted some of the worst injuries the judge has ever seen.

Olivarez left behind a seven-year-old son now being raised by her surviving family members, who finally heard Moreno admit to his crime after a jury convicted him of murder.

"I just want to apologize to the Olivarez family and to (Olivarez's) son," Moreno said. "I just wanted them to know I'm sorry for the way things turned out."

Olivarez's mother said she brought her kids to the United States to give them a better life and it was working.

On her last day, Yanina told her sister what she still wanted in life -- a husband, a family, and a career -- all of which Moreno stole from her.

"I can't say that I forgive him," said the sister, Maria Gonzalez Olivarez. "There's only one person that can do that and it's God."

Moreno already had a felony strike, so the judge sentenced him to 35 years to life in prison.