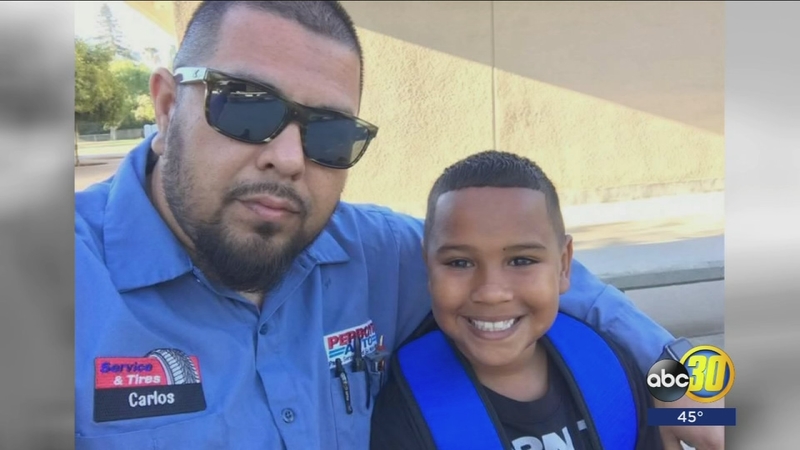 He and his family were two intersections away when police say a driver, clearly impaired, slammed into them.

"It was significant enough for him to go through a red light and kill somebody else so very significant," said Cpt. Michael Reid.

Witnesses say after the crash, he climbed out of his car, and tried wandering away from the scene. Stories like these are all too familiar and hurtful to Laurie Pinheiro.

"This is serious this is not like getting a parking ticket, you don't know a mile down the road you can wipe out a family," Pinheiro.

Pineheiro lost her son-in-law to a DUI driver.

She now dedicates her life, educating offenders about the lives they can destroy when they get behind the wheel. She says she has lived through the Ortega family's hurt.

"You get a phone call in the middle of the night that nobody wants to get and every time I speak and I tell my story I have to go back to getting the call," said Pinheiro.

This is the city's 14th DUI fatality of the year.

Officers say the numbers are up drastically from last year even though technology like Uber and Lyft make it easier for people to get home.

"The things about traffic collisions more than anything else is that it's absolutely preventable we just want to get the word out, show people what the impact is," said Cpt. Reid.