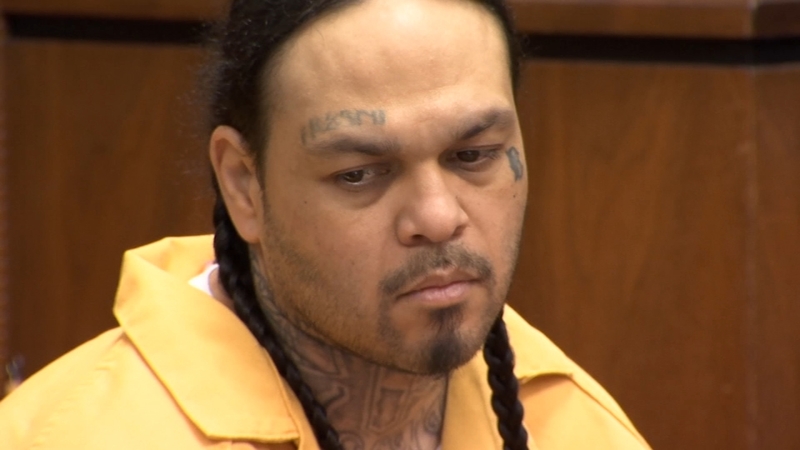 FRESNO, Calif. (KFSN) -- A gang member who fired into a crowd near Fresno City College six years ago, killing an innocent 18-year-old, will spend 79 years to life in prison.

But he heard plenty from the family of his victim, Nicole Jones.

Family members wore T-shirt’s honoring Nicole Jones to court today. They are gathering tonight for a balloon release in her honor pic.twitter.com/4v2a9FTj9w

"I've never hated anyone like I hate him, and the sad thing is I don't even know him," said Rose Robles, Nicole's mother.

Since 2012, Robles has been trying to forgive the man who pulled the trigger of a sawed-off shotgun and claimed he was trying to break up a fight in his neighborhood.

But his lack of remorse throughout six years of court hearings and a trial has been hard for Nicole's family.

‘It took me 6 years to finally box up her room. I hope he (Tony Leon) wakes up everyday to my baby girls smile everyday haunting him.’- Rose Robles, mother of murder victim Nicole Jones.

Leon is a validated and admitted gang member with a long criminal past. The victim's family said he crossed the line that day when he fired into a crowd.

6 years later, Tony Leon is being sentenced for the murder of 18 yr old Nicole Jones. She was gunned down near Fresno City College right after graduating from high school. Her mother is tearfully addressing the court. pic.twitter.com/Z9o4U94Ibf

"Ain't nothing gangster about killing a child. You get no marks for that," said Nicole's uncle, Michael Feathers.

Nicole had just graduated from Hoover High and was visiting a friend when she was shot in the head.

The Honorable James Petrucelli said, "These type of cases are certainly the most difficult. The more senseless the killing is. The more innocent the victim is certainly the harder it is for all of us."

Tony Leon was a validated gang member. The judge got choked up as well. The honorable James Petrucelli said, ‘These types of cases will also haunt me for the rest of my life.’

Nicole's mother sobbed, as she shared what she misses most about her baby girl. The dreams that will never become a reality, and the memories that will also be past tense.

"She was planning on taking business classes so she can open her own beauty salon and she loved doing her hair and nails, said Robles.

Nicole was an organ donor, something her mother says a lot of people never knew.