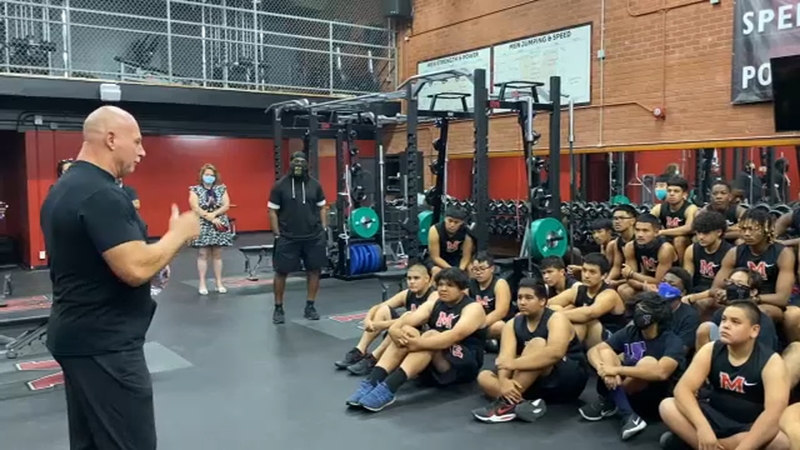 FRESNO, Calif. (KFSN) -- McLane High is enjoying a strong start to the football season -- one that has seen the Highlanders win four out of their first six games.

On Tuesday, the team was joined by Fresno Mayor Jerry Dyer for a morning workout.

"Was a little bit leery coming here today," he said. "I didn't know how heavy the weight would be but fortunately, they knew I was a little bit older and they took it easy on me."

The early strength training wasn't just about football but rather a look beyond the season through a new mentorship program the mayor is pushing.

Dyer also spoke to the team about leadership and the importance of faith, family and fitness to kick off the movement.

"Our youth more than ever today need positive influences in their life," he said. "Who can encourage them, inspire them, get them thinking about going to college or taking a career path through career tech. Something that is going to allow them to be successful."

As a way to support the mayor's youth program, Anthem Blue Cross presented a $20,000 check to the One Fresno Foundation.

The newly-formed foundation is a non-profit designed to further Dyer's vision of investing in the future leaders of the Central Valley.

The city is also partnering with the Highlanders to provide a football camp for elementary students in the Spring.

"We believe you're never too young to be a mentor and give back to the community," says McLane football coach Andrew Pancotti. "We all can be leaders."