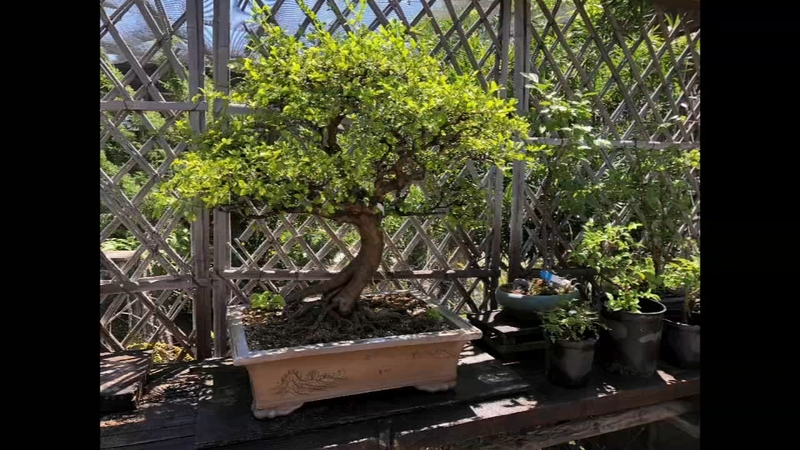 FRESNO, Calif. (KFSN) -- The Japanese art form of bonsai offers serenity whether you're trimming branches or just enjoying their shape.

"These things almost act like a kind of a meditation focal point to relieve that stress," says Grey Anderson.

"That's more than magic. It's another world and it just drew men in," he says.

Anderson treats all of his plants as his kids. Some were planted as seeds.

On Friday, someone stole two Chinese Elm trees from his nursery.

"If they were children, I would have seen them graduate from high school," he says.

But it's not the first time Anderson has been ripped off. One time thieves cut through his fence.

"Because I've had things taken in the past, there's a little bit of scar tissue that I have to get past to really bother me that much but it does hurt of course," he says.

Grey can't dwell on the loss too much because he has too much work to do... watering and clipping these works of art.

"The people that stole them... must admit to themselves that they don't have the wherewithal to be able to make something like that. Otherwise they would."

Anderson's nurtured shrubs have brought him serenity even during a time of loss.

"The wonderful thing is that I can make those trees again. Takes some time and maybe I won't make them as big or as old because I'm not that well-equipped for the future myself."