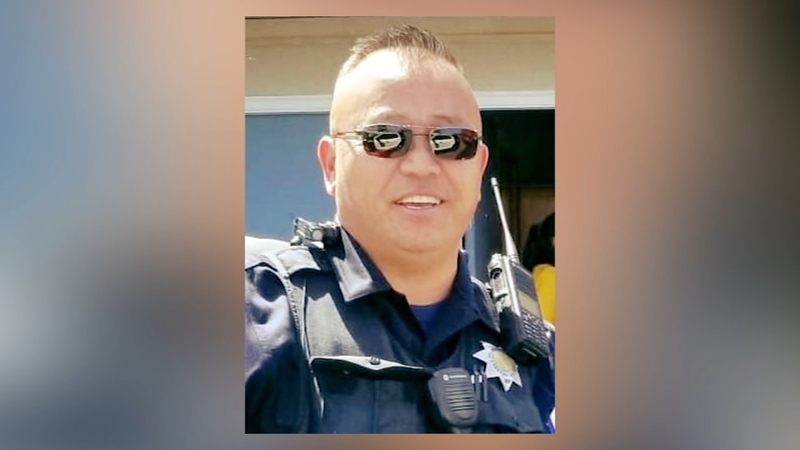 FRESNO, Calif. (KFSN) -- On the outside, Ker Lee seems just fine. But on the inside, she needs a sign.

On the evening of February 4th, 2019, her husband, Phia Vang didn't pick up any of her calls.

"He would usually go home around 4:30," she said. "Once it reached 5, you know, he was not there. I told my daughter let's just go to the substation. Maybe there's something wrong."

Phia was a Fresno police officer and worked at the southeast substation.

While driving home from work on Highway 180, a driver smashed into his pickup truck head-on near De Wolf Avenue. Both men were killed.

"We just have to move on," Ker said. "Knowing that he's not here, but he's up there looking down every day looking after us."

During his 26 years on the force, he worked several special units, including the MAGEC anti-gang unit.

At five years old, Vang and his family experienced unthinkable hardships while fleeing into the jungles of Laos, crossing the Mekong River into Thailand and living in a Hmong refugee camp for a year before finally escaping communism.

Fresno is where he built his life and had four children.

"Two years later, it still hurts," says son Corey Vang. "It's a pain that my family and I still deal with every day."

Now, the man who gave so much to others will be honored in a new way. Highway 180 and Temperance Avenue in Fresno County will be named the Officer Phia Vang Memorial Interchange.

The cost of memorial highway signs typically falls on the family requesting it, but Assemblyman Jim Patterson, Mayor Jerry Dyer and the Fresno Police Officers' Association hosted a fundraiser luncheon Wednesday to cover that cost.

Any extra funds will go towards a scholarship in his name to help fund a student in the police academy.

The family is thankful for the opportunity to honor their loved one's legacy, but it's a bittersweet time for Corey, who wishes he had one more chance to talk to his dad.

"I would say thank you for being my dad for the 20-plus years of my life," Corey said. "I hope you're proud of what your kids have turned out to be and we only wish you were here with us."

The resolution approving the Phia Vang Memorial Interchange was filed with the secretary of state in September of last year, but the sign costs a little over $3,000.