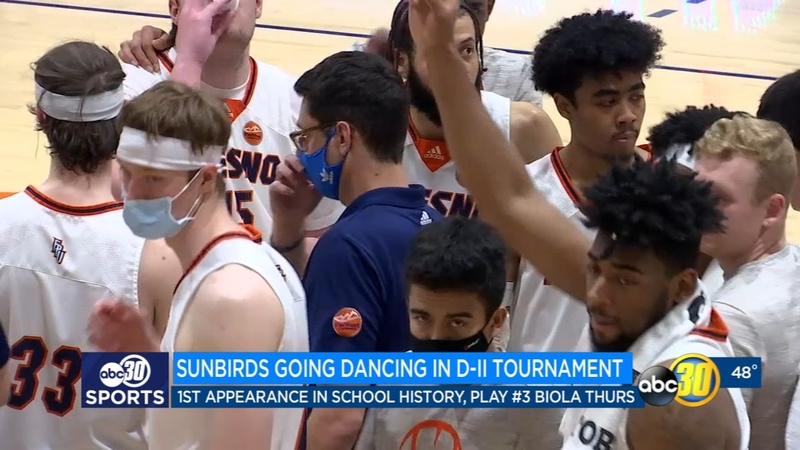 "We like lion chasers," he told Action News. "We like guys with a chip on their shoulder."

One of his players, Adrian Antunez, has the stuff coach was looking for. In his first season as a Sunbird the senior from Clovis West remembers a team that picked up just seven wins.

"We had kind of a bad reputation," Antunez said.

"I think the narrative around our program has been like 'Oh those are like good dudes, they get good grades, they serve our community, they host great camps we'll see if they can win'," Haydock said.

This year, those 'good dudes' are changing the narrative. "We were naive enough to believe that was going to inform winning not prevent winning," Haydock said.

After giving Mountain West foe San Jose State a scare in the season opener with only half of his team (the game was tied at the final media timeout) Haydock's team went on a run. "Just a couple weeks ago it was like aye I think we could really do something this year," Antunez said.

An 11-4 season led to a celebration coaches and players will never forget.

"That was probably one of the greatest feelings I've had in my whole life so far," Antunez said.

The Sunbirds earned the #6 seed in the upcoming NCAA D-II Tournament and will take on #3 Biola. When FPU takes the floor Friday in Golden, Colorado, it'll be the furthest any Sunbird team has advanced in school history.

The Birds are IN! FPU is headed to the NCAA Tournament for the first time in program history! #TeamFPU | #JustUs pic.twitter.com/VCQKrdEK1O

The historic bid coming in the midst of COVID-19 making it extra sweet for their head coach. "At the end of the day it's wonderful that we're playing for a national tournament but if we had cut corners on COVID safety what's that worth?"

So says the coach who can be seen at practice wearing gloves. "For long periods of time many of us, myself, our staff, some of our players have seen nobody outside of our immediate household," he said."