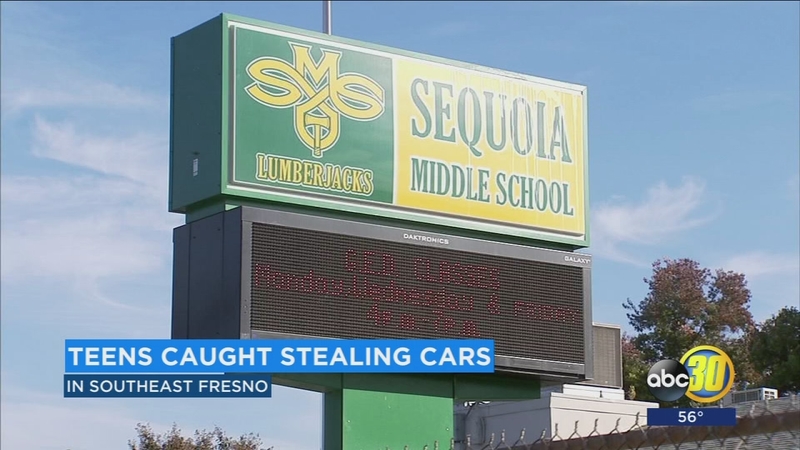 FRESNO, Calif. (KFSN) -- Car theft is a crime police officers say can sometimes be overlooked but it is what the thieves are using these cars for that makes it so important to get them off our streets.

They call themselves the Go-ers, police officers say it is a group of about 40 kids ages 13 to 17 that originated a few years ago at Sequoia Middle School in Southeast Fresno, known for stealing cars.

Fresno Police Chief, Jerry Dyer said, "The reason auto theft is so significant not only because of the impact it has on the victims but also how those cars are used. Cars that are used for getaways in robberies, to utilize driveby shootings."

Overall in the city of Fresno, Chief Dyer says within the last month his career criminal auto theft team has arrested 23 people for auto theft, and 13 of those had a violent history.

To continue reducing violent crime in the city, officers will keep focusing on catching these car thieves

Officers say the most common types of cars being stolen are 2001 Hondas or older, and older models of Saturns.