Pedestrian killed after being struck by 4 vehicles on Fresno roadway 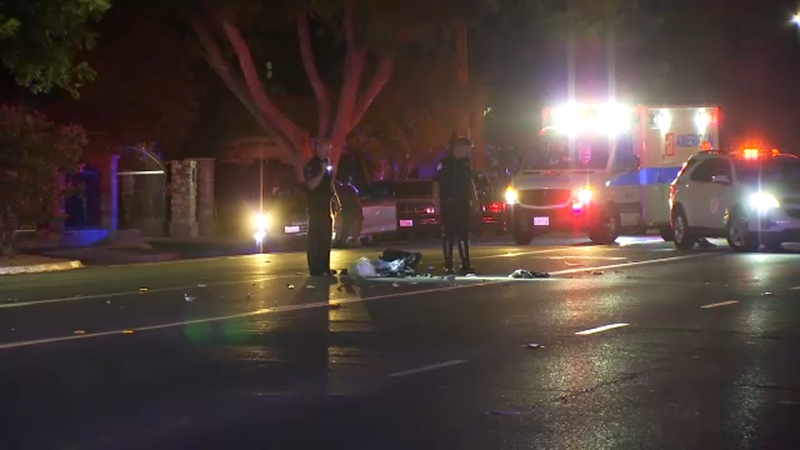 Pedestrian dies after being struck by 4 vehicles in central Fresno

FRESNO, Calif. (KFSN) -- Police are looking through video and asking for witnesses to come forward after a man was struck and killed on a central Fresno roadway.

It happened before midnight on Shields and Channing near West.

Police say a homeless man was trying to cross the road carrying several items, when not one, but four vehicles struck him.

The first three vehicles left the scene, but the driver of the fourth vehicle stuck around and called police.

The victim was pronounced dead at the scene.

Police are going through surveillance video trying to piece together who struck the victim.

Anyone with information is asked to call Fresno police.