Officers were called to the FreshCo Foods parking lot on Shields Avenue near Brawley Avenue at about 7 am.
KFSN 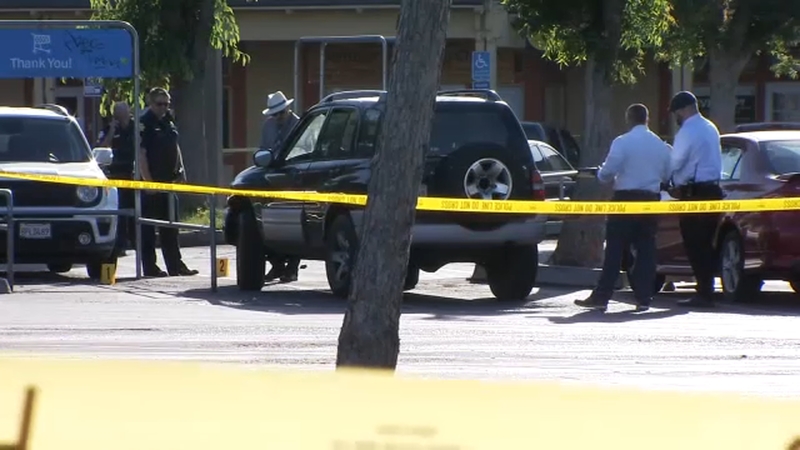 FRESNO, Calif. (KFSN) -- Police are investigating after a man was found shot to death inside an SUV in a grocery store parking lot in west central Fresno Wednesday morning.

Officers were called to the FreshCo Foods parking lot on Shields Avenue near Brawley Avenue at about 7 am.

The victim, a man in his 60s, was discovered by a store employee. They had believed the man had been sleeping, but then noticed broken glass and saw he had been shot, investigators said.

Detectives say he had been shot multiple times in the upper body. An apparent bullet hole was seen in the vehicle's left rear window, and officers found several shell casings on the ground.

Employees told investigators they noticed the SUV as they ended their shifts that night. The SUV was in the same spot when workers arrived the next morning.

Police have not yet determined a motive for the shooting, but said at this time it doesn't appear to be gang-related.

No information about a possible suspect was immediately available. Investigators said they would be checking surveillance video from nearby businesses to help determine who was involved in the shooting.

The parking lot remains blocked off from the public while detectives continue their investigation.

This is Fresno's 21st homicide this year. At this time last year, there had been 31 homicides in the city, officials said.