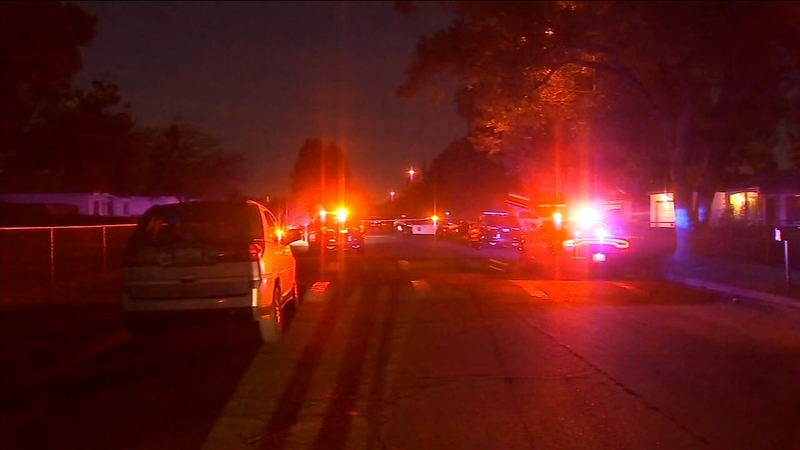 One neighbor thought it was a drive-by shooting, and told his family to hide for safety.

But Fresno Police say the shooter was a bail bonds agent who feared for his own safety.

Acting on a tip, a total of five agents had showed up in this Southwest Fresno neighborhood Tuesday night.

They were there to conduct surveillance on Gilbert Uribe Jr., wanted for missing an August court date related to charges including felony child abuse and fleeing a police officer.

Police say Uribe has a significant and violent criminal history.

The agents, employed by a company called Fugitive Recovery Investigations, spotted Uribe and decided to take him into custody, attempting to do so by boxing in Uribe's vehicle with their own cars.

"It was at that point that Uribe jumped into the car, made a U-turn in the front yard area, accelerated, began to fishtail, and was driving towards one of the bail bonds agents who was fearful that he was going to be struck by that vehicle," Fresno Police Chief Jerry Dyer said.

The shooting is still under investigation, but based on evidence and interviews, Dyer says it appears the agent could have been hit by Uribe, and feared for his life when he opened fire.

Uribe told detectives he didn't know who the men were and that he was just trying to get away.

"It's not uncommon to have bail bonds agents in your community looking for individuals that have skipped bail...that's frequent," Dyer said. "We get those calls from bail bondsmen. But to have a shooting involved with a bail bonds agent, that is very, very rare."

Dyer says bail bonds agents are supposed to notify police before arresting someone, but it's not clear yet if that happened in this case.