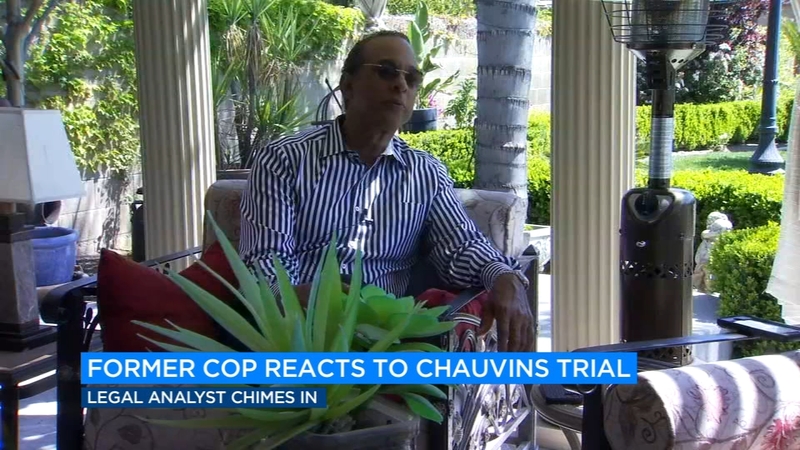 FRESNO, Calif. (KFSN) -- The video of George Floyd gasping for breath was essentially the first piece of evidence during the murder trial for the former Minneapolis police officer Derek Chauvin.

"At some point in time you have to realize that there's laws and then there's compassion," he says.

On Monday, Chauvin faced manslaughter, second and third-degree murder charges. He pleaded not guilty to all of them.

On Monday, the nation heard the prosecution and defense teams lay out their cases for the first time.

Maroney retired from the Fresno Police Department seven years ago after serving for nearly 40 years in law enforcement.

He says he believes the key is not defunding the police, but reforming unions.

Legal analyst Tony Capozzi says he believes there will be some type of conviction, but it's just too early to tell.

He also says what we see on TV is not always what happening in the courtroom, saying we could also be surprised by verdict.

"I feel as though there will be some kind of a conviction here as to whether it's going to be second-degree or third-degree or a manslaughter. It may be a compromise of none of the three, and maybe something lesser included, we don't know," he says.
Report a correction or typo
Related topics:
fresnocrimegeorge floydfresno police departmentpolice brutalityrace in america
Copyright © 2021 KFSN-TV. All Rights Reserved.
More Videos
From CNN Newsource affiliates
TOP STORIES