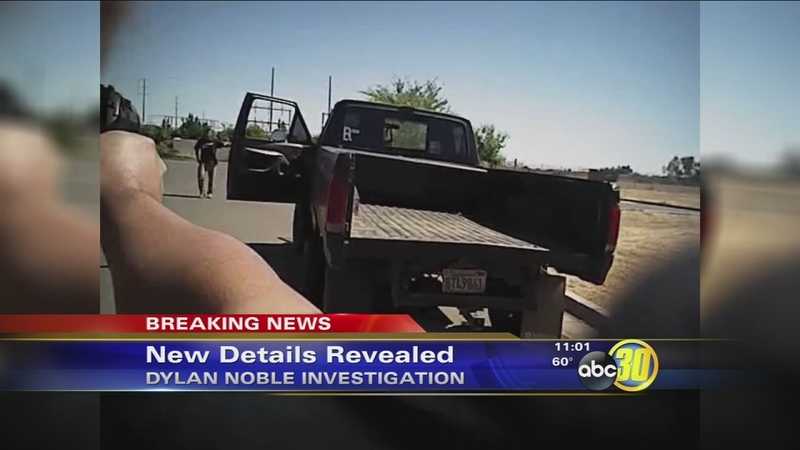 FRESNO, California (KFSN) -- Fresno Police Chief Jerry Dyer defended his officers' actions Friday for their role in the deadly shooting of Dylan Noble in June. However, Dyer also acknowledged the final shot fired at Noble could have been avoided.

Dyer said the first three rounds fired by officers fell well within department policy. He said, despite repeated orders to put his hands up, Noble, 19, continued to reach for his waistband and officers felt threatened.

"I have determined the officer that fired the fourth and final round did not use the appropriate tactics in addressing the threat presented by Dylan Noble, during that 14 second period between the third and fourth gunshots," Dyer said.

Dyer said that between the third and fourth shot, the threat had diminished and that there were alternatives that could have been pursued. The coroner determined Noble was hit by three bullets and nine shotgun pellets.

Dyer believes any of the shots could have been fatal, and he said he is prohibited by law from saying what if any actions are being taken against the officer but is holding him accountable. He said additional training options and equipment will now be initiated within the department.

Department procedures for possibly deploying a K-9 are being reviewed and researched to ensure policy is consistent with best practices. All shotguns and rifles will get a sling to ensure the officer can easily transition from a shotgun or long rifle to a less lethal alternative.

Toxicology reports showed Noble had a blood alcohol level one-and-a-half times the legal limit. He also had trace amounts of cocaine in his system. No weapon was ever found on Noble or inside his pickup, but Dyer said his officers' actions fell within department policy.