Next in line may be Fresno police officers.
KFSN 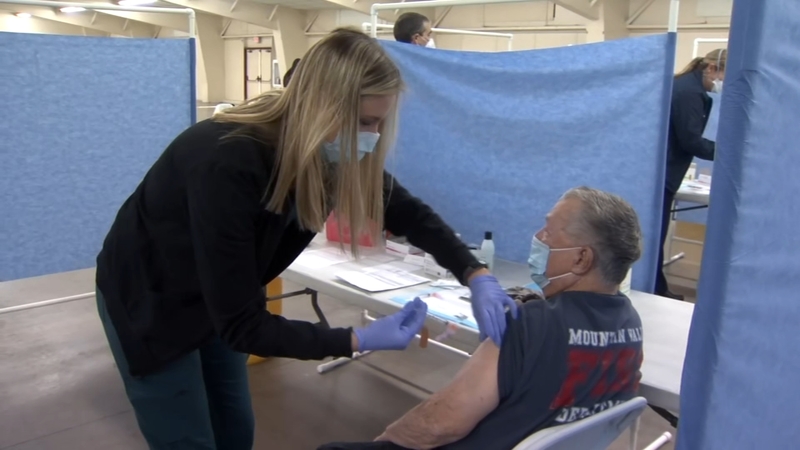 FRESNO, Calif. (KFSN) -- COVID-19 case rates are climbing quickly, and now those usually running to help people in the community are getting another line of defense.

Nearly 600 EMTs, paramedics, and now firefighters have been vaccinated in Fresno County.

"What we've seen so far - nearly 60% of our firefighters have received the vaccine, because they're tier 1 medical responders," said Fresno City Council president Miguel Arias.

Next in line may be Fresno police officers.

In a recent department-issued survey, around 62% of 582 employees who responded say they'd be willing to get the vaccine.

There are more than 1,000 employees within the department, and Sgt. Jeff LaBlue said assuming the voting trend remains the same, the total number of people willing to take the vaccine is about 630.

"We're going to have to prioritize it because not all the employees who want it could initially get it," he said.

Arias said they could discuss possibly mandating a vaccine in the future if vaccination rates don't increase.

At this point, that option will be a last resort.

"We're asking our firefighters and officers to get vaccinated as an example and if we need to, we'll revisit mandation if necessary. I don't think it will be (necessary)," he said.

Action News asked a public labor relations attorney if that's something the city could mandate.

"They can't afford to have people out on quarantine and not available. The second thing is certainly for employees that come in contact with the public. The city does not want to be responsible for increasing the spread," Bennett said.

There would be some opposition to a possible mandate